There’s bad news for coronabros out there who wanted COVID to close schools to validate their entire purpose for waking up and living another day. You need to sit down for this news, coronabros. The USA Today, home to coronasister Christine Brennan and fellow gang member Dan Wolken, has found Florida’s “positive case count among kids ages 5 to 17 declined through late September after a peak in July.”

COVID hasn’t overrun the school system and, according to USA Today, requests to get remote learners back into classrooms has surged. “In Martin County, along the Atlantic Coast, the school district logged more than 160 such requests,” the newspaper reported. “That’s nearly four times as many as those asking to switch from in-person to remote.”

It’s going so well in Florida that the paper is actually reporting there’s talk of rolling back some precautions put in place during the return to school in August.

The governor announced Tuesday the state will be receiving 6.4 million rapid COVID-19 antigen testing kits and thousands of those kits will immediately be sent to Florida schools.

“If you have somebody, a kid, a student that has symptoms, obviously they’re going to be pulled out of class,” DeSantis said during a news conference. “They can be given this test, and then we’ll know within 15 minutes whether it’s COVID or not.”

I spoke with Dr. Bhattacharya, from Stanford Medical School, about the implications of PCR tests identifying non-infectious, dead virus. Are we quarantining hundreds of thousands of Americans who are not contagious? pic.twitter.com/dMuRcAClQX 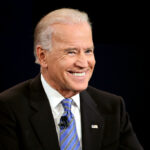 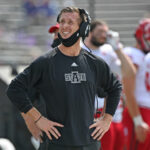