Love was in the air this week at the Booby Trap, a Yelp 2 1/2-star Miami strip club, where a Florida Man got down on one knee while his stripper girlfriend, Lia, was trying to do her job and popped the question. There are romantic wedding proposals like Trevor Lawrence getting down on a knee at midfield in Death Valley and then there’s Florida Man putting his knee down on the platform where Lia gyrates for plumbers who are flush with cash on payday.

How did this all go down? The Miami Herald reports the “boyfriend called ahead and said he wanted to surprise his gal with a ring, and the club consented.”

• Did she continue with her shift?

• Did Florida Man stay and celebrate while plumbers made it rain on his future wife?

• What’s her go-to pole song? I used to drink with plenty of plumbers and electricians. You throw on “Dr. Feelgood” and it separates them from their money.

• What happened to the ring after Lia went back to work?

• How long does this marriage last?

Stop and think about the emotions running through that strip club locker room as Lia closes out her shift and starts talking about bridesmaids. Crystal, Charity, Chastity and Candy (the Four Horsemen of the Booby Trap) are in the cinderblock locker room cleaning off the filth of a four-hour shift thinking of how incredible it would be if Lia honored each of them with a bridesmaid position.

Lia can sense the tension and announces there will be a bridesmaid draft party in two weeks when the plumbers get paid. 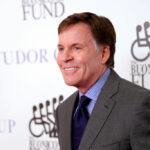 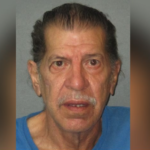