Florida Man Demetrius Lewis knows a beautiful woman when he sees one even if that beautiful woman is a Broward County judge who’s about to rule on his case during a bond court appearance.

“Judge, you [are] so gorgeous, so gorgeous judge, I just had to tell you. You’re gorgeous,” Lewis, who was in jail on an attempted burglary charge, says to Judge Tabitha Blackmon.

It’s definitely a love connection. Watch how fast Demetrius is stopped in his tracks by Ms. Blackmon’s looks. She could sentence him to 10 years in jail and he’d be down if it meant getting to see her during his case.

Ms. Blackmon was appointed to her position back in June by Florida Governor Ron DeSantis. According to her bio with the state, Ms. Blackmon was a prosecutor for the State Attorney’s Office since 2017 and received her law degree at the University of Florida.

Besides being sent back to his cell with a $5,000 bond, there’s more bad news for Mr. Lewis. It turns out Tabitha is married. I know, I know Demetrius hasn’t let that stand in his way before, but it’s definitely an obstacle to making this love connection a reality. 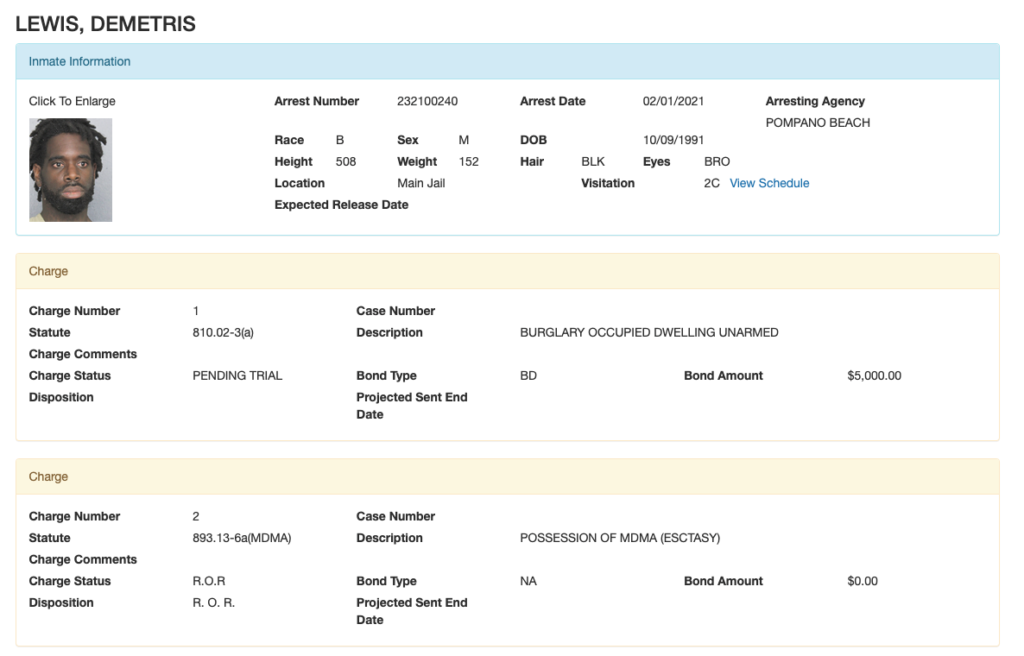