Florida Man Mark Mishalanie Sr. accomplished something last week that nearly all of you won’t accomplish over your lifetime. He carded two hole-in-ones on back-to-back days at the 9-hole Amberwood Executive Golf Course, according to the Villages News.

hole in one, first hole, Amberwood!

According to NationalHoleInOneInsurance.com, one hole-in-one his hard enough. You add in another per 18 and the numbers skyrocket:

Mark went home and got some sleep before playing Amberwood on Friday so you can mark him down as accomplishing this feat over 12 holes. I’m no Darren Rovell when it comes to statistics and odds, but the number has to be mindboggling. Mark’s going to go broke buying drinks for everybody if he keeps this up. I have to assume he’s on a fixed income at The Villages so he might want to think about cutting back on aces. Just sayin’. 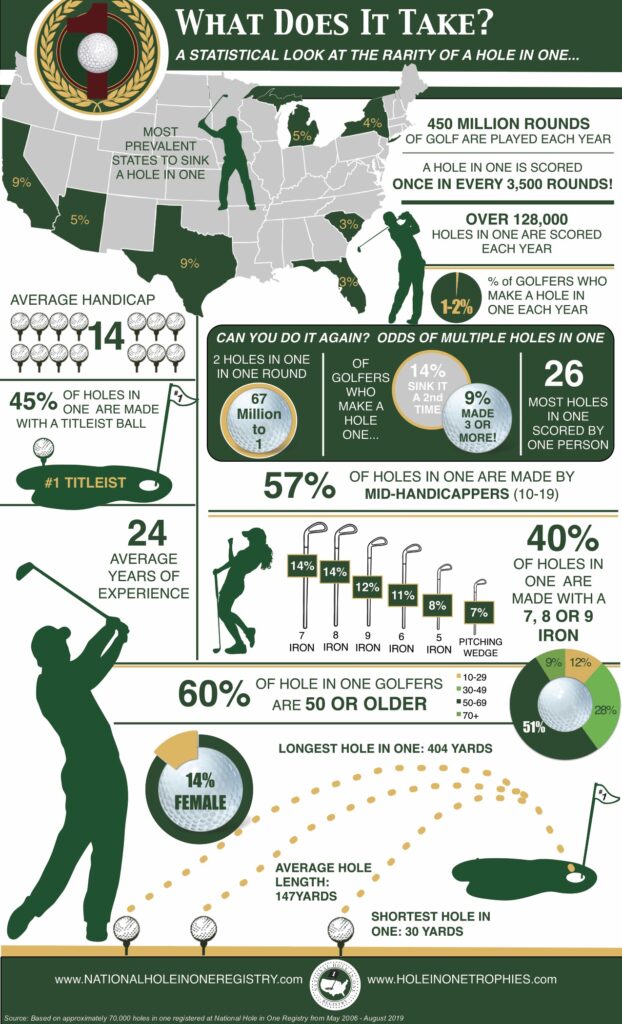