Where does a Florida sex offender draw the line between unacceptable and acceptable behavior in a Keys jail? For sex offender Christopher James Callen, 33, that line in the sand is crossed when a cellmate won’t stop ripping nasty farts and doesn’t provide a courtesy flush to his cellmate.

According to the Monroe County Sheriff in the Florida Keys, Callen decided this past Thursday to smash his cellmate’s face over the nasty farts. Officials say Callen beat his 57-year-old cellmate so badly that the man had two of his teeth knocked out and was left with a broken rib in the attack.

Callen, who’s been serving time since September after failing to register as a sex offender out of Colorado, didn’t mince words when deputies asked him about the attack. The cellmate “passes gas too often and doesn’t give any courtesy flushes when using the toilet,” he told deputies.

Florida’s sex offender database says that Callen was convicted in 2012 on a felony menacing charge in Boulder, Colorado.

Callen while serving time in Colorado: 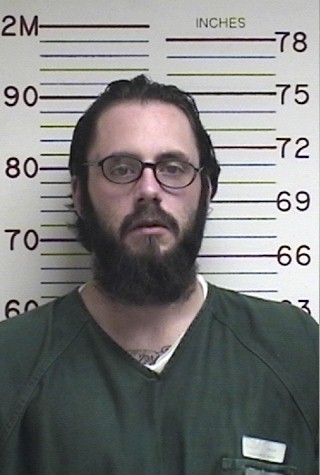