Roger Federer, Rafael Nadal and Novak Djokovic are special. Zverev and Thiem are mere mortals. Federer, Nadal and yes, even Djokovic for his playing ability if not for his actions, are tennis gods.

As a tennis fan and coach, I watched the Thiem-Zverev match just praying for it to end as quickly as possible so no one would see this type of ad for tennis for too many hours. Is this life for tennis after Fed/Rafa/Nole?

“THIEM WON,’’ came a text from my No. 1 men’s player, Kerwin, a straight-A student and future dentist. I am the head women’s and men’s tennis coach at Roosevelt University in Chicago.

Yeah, it was the worst major final I’ve ever seen, I replied. Terrible.

He called and said that it was the first time he’d seen a final like this where he could relate to the game going on. Two guys struggling with nerves in a big moment, losing basic parts of their games and trying to recover them, cramping from nerves and exhaustion.

It gave me a different perspective. Maybe there was beauty in this ugliness, two guys trying to win ugly. And maybe that match was a perfect fit for 2020 after all. Things were going wrong and here were two people, friends, trying to fight through it together, actually. There was no crowd to lift them. In some ways they were isolated in massive, empty Ashe Stadium.

“It had to be like this — my career was always like the match today — many ups and downs I loved the way it turned out,’’ Thiem later tweeted.

And this:  “This match truly deserved more than one champion and I’m sure that you @AlexZverev will also lift this trophy sometimes soon. Thank you for being a great rival and more so for being a great friend on tour.’’

Zverev responded on Twitter: “Congrats to you and your team. Enjoy the night.’’

Now, the truth is that I wonder if their closeness in some ways lowered the quality of play. They both seemed to think the other guy was going to win and were playing not to lose.

And with those two, as well as Stefanos Tsitsipas, one of the best players in the next generation who lost too early at the Open, there seemed to be a lack of killer instinct.

That might explain why the younger generations never seem to catch up to Federer, Nadal or Djokovic. With those three, they hit their best shots at the toughest moments.

Thiem and Zverev were cramping at the end. You just don’t see that, or rarely at worst, from the big three.

But maybe for this one event, at this time, that stuff can be overlooked. Federer wasn’t at the Open because his knee, Nadal didn’t seem to want to travel during the pandemic and Djokovic got himself kicked out of the tournament when he hit a ball in anger that accidentally hit a line judge.

I’m not saying I’d like to see this level of play again. But in context, this had its place.

When it was over, the players hugged and Thiem put his head on Zverev’s shoulder.

And from tennis’ mountaintop, Djokovic tweeted:

“This is what sport is all about. Respect, appreciation and friendship. Thank you Domi and Sasha for standing strong for your character values and seeing always what matters most — love & respect for each other. Congratulations to both of you.’’ 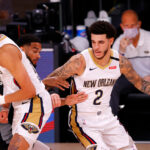 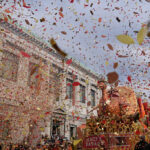