The FBI has released a statement in the NASCAR noose incident that supposedly went down in Bubba Wallace’s garage at Talladega Motorspeedway and the federal authorities say the alleged noose had been there since 2019 and no crime was committed. “The FBI learned that garage number 4, where the noose was found, was assigned to Bubba Wallace last week. The investigation also revealed evidence, including authentic video confirmed by NASCAR, that the noose found in garage number 4 was in that garage as early as October 2019. Although the noose is now known to have been in garage number 4 in 2019, nobody could have known Mr. Wallace would be assigned to garage number 4 last week.”

And just like that the FBI has cleared the case and concluded there’s no crime here. There’s no clarification about the noose from the FBI. The federal authorities have yet to address if the garage rope was a pulldown.

NEWS: The FBI has just released a statement about the NASCAR noose incident at Talladega, indicating it was a misunderstanding. No crime was committed. The noose was already there as early as last year. pic.twitter.com/j2MGrOvUN3 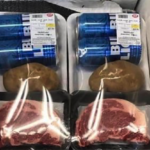