We had ourselves an absolutely classic farmer vs. animal battle this week. It was filled with more twists than an episode of Game of Thrones.

This showdown featured a pissed off badger that was essentially waterboarded, tossed around like a ragdoll, and eventually caught in a bucket.

Let’s go to the film!

Farmer buddy of mine just sent me this. pic.twitter.com/Pz4P6ogWyo

Talk about a rollercoaster.

The video starts rather harmlessly, with this farmer and his (according to Twitter) sister trying to get this badger out of the ground. Heck, I thought we were in for your classic “man saves animal” sob story.

Look, the two even took a nice picture to remember the heroic moment. 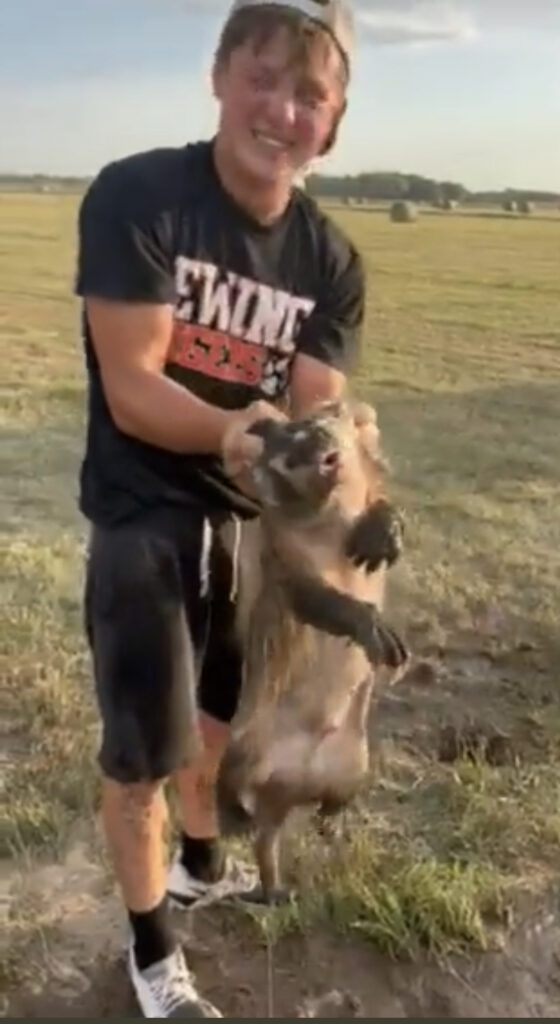 The moment you start getting that uneasy feeling in your stomach, at least for me, comes when said farmer thinks about putting the badger in the tank, only for his dad (again, according to Twitter) to warn against it.

Then, in a twist for the ages, the off-camera man tells the farmer to “let him run” so he can “catch him.”

What!? Where in the world did that come from?

Instead of saying, “No, that’s a terrible idea,” the guy then inexplicably does a semi-pirouette and flings the angry badger at the girl. No heads up or warning. No nervous laughter before going through with it.

He just fires it at her! 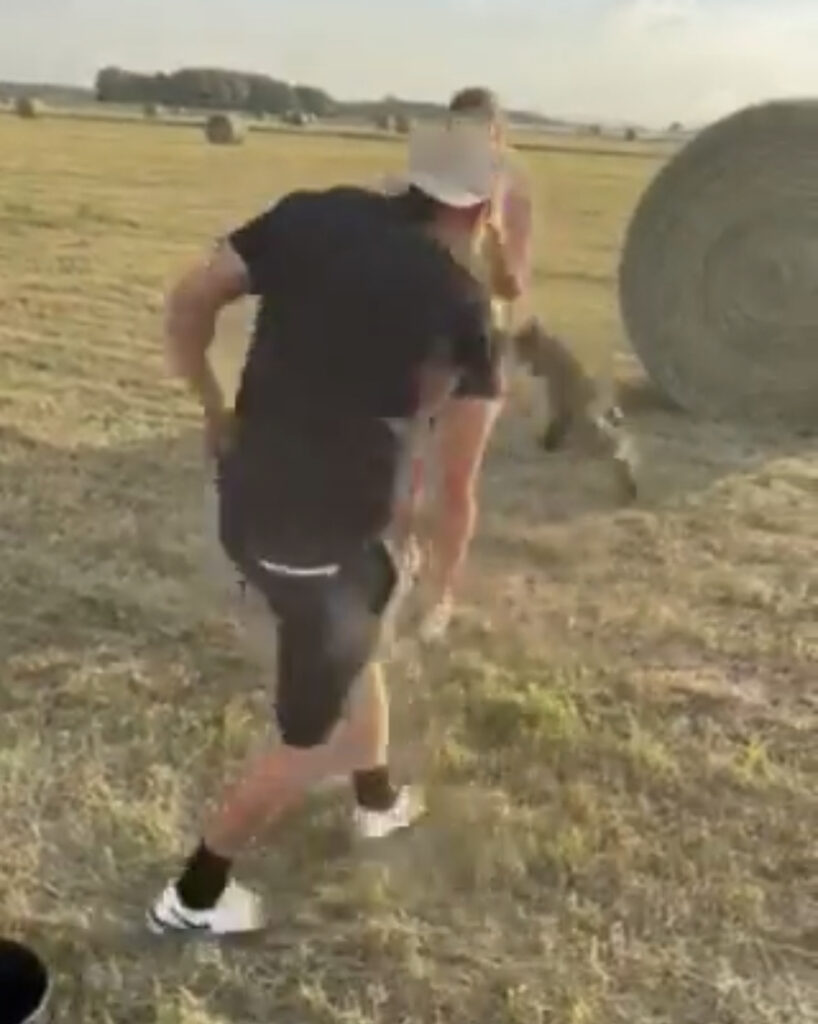 The badger, now understandably pissed off, hits the ground and immediately takes aim back at the farmer. It’s officially on now as the farmer grabs his only weapon—a bucket—and charges back at him. 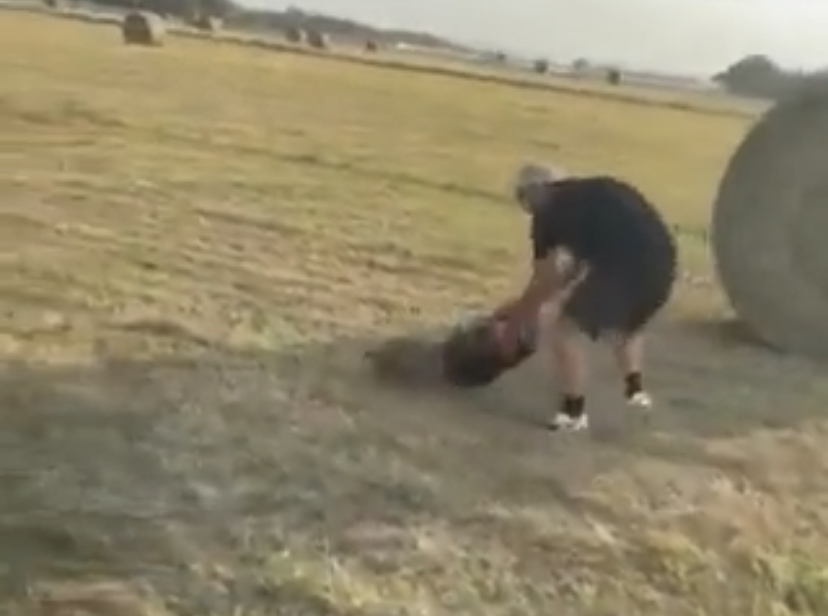 He eventually corrals the badger, covers him with the bucket and wisely sits on the bucket. But we’re not done yet!

You’d think it was over, but he then decides to reach into the bucket and yank the badger back out by the neck like a trophy. Nope, still not done!

He then sticks his hand up to the badger’s mouth!

Predictably, he almost gets his fingers gnawed off. 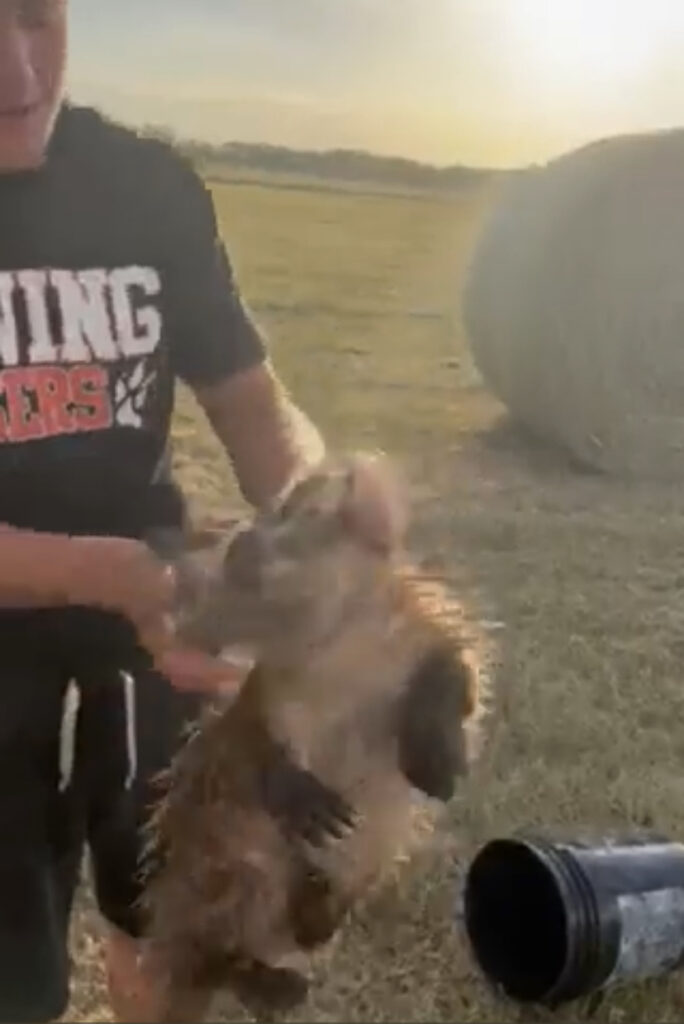 Finally, after two harrowing minutes, the battle comes to an end the way it started: farmer holding badger, all limbs still in-tact.

Ty is all about equal opportunity for the family! He even includes his dad in on the fun. 😂💪😳 pic.twitter.com/kNuuKFR5oc

Absolutely stunning turn of events there. What a ride.

It wasn’t exactly the Red Wedding, but I think we all need a drink after that.