This puts the Falcons in the same boat as the Texans, with both teams now searching for a new head coach and general manager. The Jets, who are likely to move on from Adam Gase, are probably keeping GM Joe Douglas. It remains to be seen what the Lions will do with GM Bob Quinn if and when they get rid of Matt Patricia.

The Falcons started the season 0-5, following two straight 7-9 seasons and blowing a 28-3 lead to the Patriots in the 2017 Super Bowl. 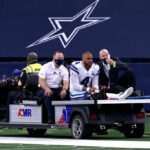 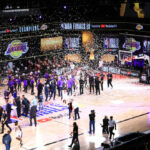