The alleged hate crime that catapulted NASCAR and Bubba Wallace to Page 1 of the news cycle was debunked by internet sleuths in less than 24 hours and the FBI in 36.

Two days after issuing a statement that a hanging noose had been discovered inside the garage of half black/half white driver Bubba Wallace, NASCAR released a follow-up statement:

“The FBI has completed its investigation at Talladega Superspeedway and determined that Bubba Wallace was not the target of a hate crime. The FBI report concluded, and the photographic evidence confirms, that the garage door pull rope fashioned like a noose had been positioned there since as early as last fall. This was obviously well before the 43 team’s arrival and garage assignment.”

The website theconservativetreehouse.com figured this all out Monday night, posting video footage and pictures documenting that the garage at Talladega had a hanging pull rope with a small noose big enough for a hand in 2019.

It’s mind blowing that NASCAR couldn’t deduce this Saturday night when a Bubba Wallace team member spotted the rope and labeled it proof of racial intimidation.

“Mind blowing” isn’t the right description. It’s impossible to believe it took the FBI to solve this mystery. There’s a level of willful ignorance that can only be reasonably explained by NASCAR’s desperation for relevance and traction at a time when all sports leagues and their television partners are hemorrhaging money. NASCAR leaned into the noose story because it was good for business, good TV.

Go ahead, demonize NASCAR. Its history makes it an easy, worthy target. But willful ignorance is driving the decision-making of every sports league, including the NFL and the NBA.

The Black Lives Matter movement has provoked nationwide chaos, violence and rioting across this country. The movement’s founders have publicly admitted the ideology driving BLM is Marxist. Marxism is the political theory of Karl Marx, the father of communism. Karl Marx preached against religion. He argued that religion is a tool used for the exploitation and stupefaction of the working class. Communist countries traditionally impose atheism as the religion of the state.

Tuesday the San Francisco 49ers unveiled a Black Lives Matter flag at Levi Stadium next to the American flag. From Roger Goodell on down, the NFL has accepted Black Lives Matter as its lord and financial savior. BLM sent its only begotten son, Colin Kaepernick, to save us all from sin. This week Brett Favre spoke in tongues, analogizing Kaepernick’s sacrifice to NFLer-turned-soldier Pat Tillman’s.

This is willful ignorance. It’s being embraced across sports, across America. The American media have imposed race and politics as our new religion. Many people who claim Christianity and other religions as their faith have in reality prioritized race and politics well ahead of God. They talk and worship race and politics daily, hourly. From their Twitter pulpits, they use race to evangelize for their political beliefs while rarely ever evangelizing for God.

That’s why any alleged sighting of racism is treated as a miracle that cannot be questioned. If you question it, you run the risk of being castigated as a non-believer at the Secular Church of Social Media.

The Bubba Wallace noose story required questioning, a healthy skepticism. Access to the garage area is so restricted and surveillance so prevalent that it made little sense for someone with credentials to plant a noose inside Wallace’s garage.

Wallace should’ve been skeptical, too. His explanation that he never saw the noose or sought to see it makes no sense. After his 14th-place finish at Talladega, he seemed to revel in his newfound fame and attention. Tuesday morning he appeared on The View and rebuked the people questioning the authenticity of the hate crime.

Tuesday morning Wallace had no idea the alleged “noose” was there a year before car 43 arrived? That’s difficult to believe, especially after watching Wallace’s Tuesday night, CNN interview with Race-bait Pastor Don Lemon.

Wallace sounded defiant and angry, like a man who’d spent 48 hours immersed in his Twitter mentions. Pastor Lemon counseled Wallace to get off social media. Wallace claimed critics were trying to dethrone him from his pedestal.

Rather than express feelings of relief that he was not the target of a hate crime, Wallace cast himself as a victim of unfair social-media criticism. I get it. No one wants to be analogized to Jussie Smollett.

But the handling of this affair is a bad look for Bubba. He seemingly assumed this would play out the way LeBron James’ alleged hate crime played. So did LeBron, a newly ordained pastor of racial politics at the More Than A Vote Church of BLM. Pastor James rushed to social media this weekend to make sure his 46 million Twitter disciples knew Wallace was a victim of a hate crime.

In late May of 2017, an alleged vandal spray-painted the N-word on the gate leading to LeBron’s Brentwood mansion. Pastor James never provided proof of the vandalism. His deacons repainted the gate before police arrived. No security cameras captured the alleged crime. The mainstream media never questioned LeBron’s story. The media treated it like the story of the Virgin Mary.

Anti-black racism is the new religion. It can’t be questioned or studied. It’s accepted on faith. We ascribe a power to it that is greater than God’s. If anti-black racism is against you, how can you succeed? Racism is in control of black people’s destiny. Racism explains everything.

If you believe 100 shootings and a dozen murders in a weekend are a bigger problem than police brutality, you’re a racist.  If you think Kaepernick sabotaged his NFL career, you’re a racist. If you argue anti-black racism is a real problem and the best way to combat it is through promoting black self-sufficiency, you’re a racist.

If you write that NASCAR, Bubba Wallace and the mainstream media all hung themselves with a #FakeNoose, you’re an insensitive racist who should be targeted by a social-media lynch mob. 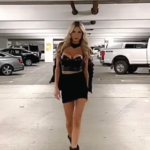