Crews, a co-star on the NBC sitcom “Brooklyn Nine-Nine,” tweeted polite concern regarding the direction and messaging of the Black Lives Matter Movement. He wrapped his concern in his Christian beliefs, tweeting:

“If you are a child of God, you are my brother and sister. I have family of every race, creed and ideology. We must ensure #blacklivesmatter doesn’t morph into #blacklivesbetter.”

The tweet sparked the kind of massive “blacklash” we’ve come to expect when any influencer dares to deviate from the pre-approved racial narrative popularized via social media.

Twitter’s racial gatekeepers unleashed thousands of critical tweets directed at Crews. All of Tuesday, he was one of America’s top trending topics. The mainstream media followed the lead of the Silicon Valley social media app, publishing and broadcasting stories of the “blacklash” Crews endured for his tame tweet.

Do not, under any circumstance, question the agenda, direction or ramifications of the Black Lives Matter Movement. If you have ever wondered whether BLM is consistent with the values taught in your church, do not raise those questions or concerns publicly. If you see a guilt-ridden white person kneeling in front of and asking a black person for forgiveness as if the black person embodied God, do not question either person’s sanity or the sacrilegious messaging. You will be race shamed.

Before I go further, let me offer some context.

I’m a Terry Crews fan. We played college football in the Mid-American Conference at the same time. I played at Ball State. Crews played at Western Michigan. In 1988, Crews and I competed for the MAC Championship in a game at Ball State. Crews was an all-conference defensive end. I was an offensive tackle. The Broncos beat us that day 16-13.  I’ve never forgotten the game. It’s the most important football game I ever played in.

I followed Crews’ NFL career. When he flipped to acting and became the star of a series of Old Spice commercials and Chris Rock’s dad on “Everybody Hates Chris,” I took a lot of pride in his success. His achievements in the Hollywood world mirrored my advancement in the sports media world.

Two black kids from the Midwest used their college football careers as springboards to bigger and better things.

Crews married a girl from my home state of Indiana. They publicly identified as Christians.

I have followed the controversies involving Crews the past few years and wondered how difficult it is for a Midwest Christian to handle the sexual perversions and racial hypocrisies of Hollywood.

In 2017, Crews revealed that a high-level male executive sexually assaulted him by repeatedly grabbing his crotch at a party. In 2019, social media backlash forced Crews into apologizing for saying that kids not raised by a man and woman are “malnourished.” In January of this year, after facing stiff social media backlash, Crews apologized to actress Gabrielle Union for saying that he didn’t feel the environment and culture of the TV show “America’s Got Talent” was racist.

Social media, Twitter in particular, is hostile to Christian values. Twitter is the most secular place on earth. This is why it’s the preferred platform of Black Lives Matter, a movement founded by women trained in Marxist ideology. Karl Marx’s political ideology is anti-religion. Don’t take my word for it. Do your own research.

“Black Twitter,” the loosely defined network of black people on the social media app, is the communication force disconnecting young and old black people from their religious upbringing. African-Americans had traditionally been the most religious people in America. Religious faith had been our defining characteristic.

Twitter has defined us by our political affiliation. Joe Biden’s “you ain’t black” comment on the Breakfast Club accurately reflects the sentiment of Black Twitter. A liberal political point of view defines blackness. There is no other race or ethnicity that allows itself to be defined this way. Is it healthy? Is it a smart strategy?

Here’s what’s worse. Let’s say you’re not political but your point of view is driven by your religious beliefs. The expression of your religious values put you at odds with Joe Biden’s and Black Twitter’s definition of blackness. I’ve lived this experience throughout my 30-year media career. I’ve rejected politics and a political identity. As I’ve written previously, my worldview is driven by my religious faith and American patriotism.

There’s a tax for that. Twitter is the IRS for Christians. Terry Crews just received another IRS notification of audit and tax penalty. His statement of brotherhood and sisterhood with all of God’s children — regardless of their race, creed and ideology — placed him in the Twitter crosshairs.

If your worldview is driven by your faith in a higher power and you have the courage to publicly express that worldview, social media will come for you.

If you’d like to schedule a radio or podcast interview with Jason Whitlock, email Gary@Outkick.com. 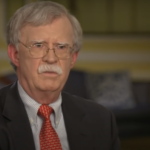 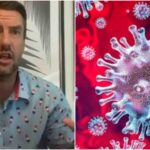