ESPN is fundamentally broken. More huge proof of that today.

U.S. Senator Josh Hawley sent a letter to the NBA. That letter was 100% a valid letter. It asked the question: why is the NBA making political statements on their jerseys when they won’t allow any players, GMs, or owners to point out that China is a dictatorship or that the NBA is happy to take billions of dollars from China and bend their knee to that country.

It was an eminently fair question.

Why is the NBA comfortable choosing what players can put on their jerseys? They can make political statements against the U.S. but they won’t allow statements like when Daryl Morey tweeted out “Free Hong Kong”.

You remember the reaction to that.  NBA players and coaches either said nothing or that the First Amendment isn’t always a good thing — which is what LeBron James said.

Senator Hawley sends the letter out and, as is commonplace when you are making news, he attached the letter to reporters who cover the NBA thinking that they might want to know that a U.S. Senator is discussing the league they cover.

That was the entire email.

Think about this for a minute.  Woj supposedly covers the NBA from an independent fashion.  He is paid by ESPN. Not by the NBA to cover the league.

He is paid to cover the league.  His job is to cover all of the controversy surrounding the league including — and perhaps most importantly — the NBA bending the knee to China.

When a United States Senator sends a letter to the NBA it becomes a news story immediately. And when it is on this topic — a massive news story.

Hawley asked NBA Commissioner Adam Silver to respond to his questions about the NBA relationship with China and why there can be no criticism of China allowed on NBA jerseys when other political statements are allowed.

He called out the NBA on their woke, BS hypocrisy.

He tagged Adrian Wojnarowski in that message. And Woj’s initial immediate response was not to recognize it as a story and to cover it.

Instead, it was to respond to this Republican senator by saying “fuck you.”

This is what I’ve been saying brought to bear in two words. ESPN is a far-left wing news media organization.

That’s why I’ve been calling them MSESPN for years.

Woj has apologized, by the way.  And ESPN put out a statement saying that the comments were inappropriate and he shouldn’t have done that. No consequences.

In two words, ESPN summed up what I’ve been telling you for several years. This is not a transparent and fair news organization.

Think about this. Is there any point in time where an ESPN employee would respond to Barack Obama that way and if so, what would happen?

That employee would have been immediately fired if he had responded via email from an ESPN email address.

If AOC put out an email release involving the NBA and Woj’s first response was “fuck you”, that person would get fired too.

I don’t want anyone to get fired because I don’t believe in cancel culture.

I don’t even want anyone to have to apologize because why should you apologize for what you actually believe.

Woj is entitled to his own political opinions just like you are and I am.

The bigger issue is there is an ESPN employee who is in charge of covering the league and when the league is called into account for its blatant hypocrisy, the first response is not to cover this issue, it’s to immediately say “fuck you” to a United States senator.

This is why ESPN is broken. It is WokeCenter writ large.  It is MSESPN.

ESPN can go ahead and serve the 25% of people who are desperately woke on Twitter all day long arguing for all sorts of stupid things like defunding the police.

My space is the country — the 75% of you who haven’t lost your minds.

The 75% of you, who if someone has a different opinion than you, your immediate response to them from your corporate email is not “fuck you.”

ESPN should be ashamed. They should be utterly embarrassed and Woj should be humiliated for demonstrating that he is an NBA bootlicker and that’s all he does. Lick the NBA’s boots all day. How spit shined do you want it, Adam Silver?

That’s what he does. He is paid by the NBA to cover that league and he is worthless when it comes to his objectivity.

That’s what his response shows us.

Because any journalist who is worth his salt — when a story like that comes out — would know that this is a big deal.

After all, a U.S. senator is pointing out the hypocrisy of the NBA right now.

Instead, Woj got on his knees in front of Adam Silver and asked him how clean do you want your shoes, how much do I need to spit on your shoes to make them shine? 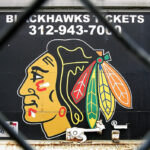