Well, ESPN finally did it.

They’ve officially embraced WokeCenter programming and are turning their back on the vast majority of their audience who just wants sports and sports news — they’ve signed Colin Kaepernick to a production deal and will be producing a documentary on his life.

Quoth ESPN president Jimmy Pitaro in the release: “Developing exceptional storytelling told through a wide array of voices is at the core of who we are at ESPN. Colin has had a singular path as both an athlete and an activist, and, as the nation continues to confront racism and social injustice, it feels particularly relevant to hear Colin’s voice on his evolution and motivations.”

Bob Iger, Disney’s former CEO said as follows: “Colin’s experience gives him a unique perspective on the intersection of sports, culture and race, which will undoubtedly create compelling stories that will educate, enlighten and entertain, and we look forward to working with him on this important collaboration.”

As if that weren’t enough, Jemele Hill, last seen being forced out at ESPN because no one watched her WokeCenter show, is producing the documentary on Kaepernick’s life.

This is a fascinating decision because ESPN recently posted its lowest primetime rating in over 25 years after a night of social justice warrior programming and all of the data consistently reflects that viewers don’t look to ESPN for political programming at all. It reeks of desperation.

Every time ESPN embraces WokeCenter programming it fails. This is like 2016 all over again.

And Kaepernick is the horse they bet on? This will fail in a major way when it comes to adding and retaining viewers.

I mean we’re talking about a guy who called police modern day slave catchers, praised Fidel Castro and Cuba as a leader and country the United States should emulate, a guy who wore pig socks at NFL practice, a guy who got beaten out at quarterback by Blaine Freaking Gabbert, and a guy who refused to stand for the national anthem saying, “I am not going to stand up to show pride in a flag for a country that oppresses black people and people of color,” now getting rewarded with millions of dollars from a sports TV company.

Yet when Drew Brees said he thought not standing for the anthem was disrespectful, it was like Kaepernick’s initial quote didn’t even exist. People ripped Brees for having the audacity to even suggest such a thing. When Brees was directly responding to Kaepernick’s own statement!

You can read Jason Whitlock’s take on how dumb that Tweet was right here.

Only in America can you become fabulously wealthy by ripping the entire country and its institutions to shreds.

This is one of the most transparently dishonest media moves I have ever seen, the attempt to turn Kaepernick into some sort of hero despite the fact that he’s a dishonest fraud. I can’t wait for the hagiography ESPN produces that attempts to make Kaepernick Muhammad Ali.

Now I understand why many of you are angry about ESPN turning their backs on the average sports fan. But to be honest, this is tremendous news for Outkick. ESPN has effectively told at least half of the American sporting audience: “We don’t care about you at all. We’re going to reward a non-athlete with millions of dollars and hours and hours of attention.”

They’ve fulfilled every MSESPN claim I’ve ever made in one fell swoop.

Go ahead and bookmark Outkick if you aren’t an insane far left wing sports fan. We welcome you with open arms.

As for ESPN, yikes. This is the company’s biggest error since giving Caitlyn Jenner an ESPY, an error that took years to recover from. This will take much longer. I love it. 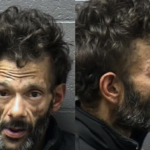 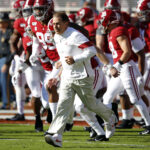