The biggest business story in American sports this fall isn’t the declining NFL ratings or anything that’s happening on the field, court, or ice, it’s the collapse in ESPN subscribers, which reflect a larger trend in the collapse of cable subscribers in general.

Yesterday Nielsen announced its subscriber numbers for November 2016 and those numbers were the worst in the history of ESPN’s existence as a cable company — the worldwide leader in sports lost 621,000 cable subscribers. That’s the most subscribers ESPN has ever lost in a month according to Nielsen estimates and it represents a terrifying and troubling trend for the company, an acceleration of subscriber loss that represents a doubling of the average losses over the past couple of years, when ESPN has been losing in the neighborhood of 300,000 subscribers a month.

UPDATE: After ESPN challenged the subscriber numbers, Nielsen pulled them and conducted a review. On November 5th, Nielsen stood by its numbers. ESPN issued the below statement.

These 621,000 lost subscribers in the past month alone lead to a drop in revenue of over $52 million and continue the alarming subscriber decline at ESPN. Couple these subscriber declines with a 24% drop in Monday Night Football ratings this fall, the crown jewel of ESPN programming, and it’s fair to call October of 2016 the worst month in ESPN’s history. But this isn’t just a story about ESPN, the rapid decline in cable subscribers is hitting every channel, sports and otherwise. It just impacts ESPN the most because ESPN costs every cable and satellite subscriber roughly $7 a month, over triple the next most expensive cable channel.

Yep, if you have a cable or satellite subscription, whether you watch ESPN or not, you’re paying ESPN over $80 a year.

What does ESPN do with that money?

The total costs? According to SNL Kagan ESPN is on track to pay $7.3 billion in total rights fees in 2017. That’s more than any company in America.

A loss of 3 million subscribers would leave ESPN with 86 million subscribers in 2017. That would be down roughly 15 million subscribers in the past five years alone. Given that ESPN makes right at $7 a month from every cable and satellite subscriber a year, that means ESPN’s subscriber revenue would be $7.22 billion in 2017. Toss in an additional $1.8 billion or so in advertising revenue and ESPN’s total revenue would be $9 billion. We don’t know what the costs of running ESPN are — employees, facilities, equipment, and the like have to cost a billion or more — but it’s fair to say that ESPN is probably still making money in 2017. Just nowhere near what they used to make.

But those sports rights costs are going up and those subscriber revenue numbers are going down.

So if we’re very conservative and project that ESPN continues to lose 3 million subscribers a year — well below the rate that they are currently losing subscribers — then the household numbers would look like this over the next five years:

At 74 million subscribers — Outkick’s projection for 2021 based on the past five years of subscriber losses — ESPN would be bringing in just over $6.2 billion a year in yearly subscriber fees at $7 a month. At $8 a month, assuming the subscriber costs per month keeps climbing, that’s $7.1 billion in subscriber revenue. Both of those numbers are less than the yearly rights fees cost.

It seems pretty clear that within five years ESPN will be bringing in less subscriber revenue than they’ve committed for sports rights.

Sure, advertising money and ESPN2 and ESPNU have to be factored in as well, but you’d also have to add in every other cost that ESPN has to run multiple networks, employee salaries, technology, everything that a major corporation with thousands of worldwide employees has to keep up. And, importantly, you also have to factor in this, ESPN’s Monday Night Football contract expires at the end of 2021.

Right when current projections would have them hitting just 74 million subscribers. I wrote much of this in August, but it bears repeating given how awful this past month was for ESPN.

What will the NFL want from ESPN for Monday Night Football in 2021? More money, right? The NFL has gotten used to television revenue only going up. Even if, as is the case this year, its Monday Night Football ratings are plummeting. Will ESPN be able to afford to keep the NFL and pay more money despite having lost nearly 30% of its subscriber base in the ten years of the existing MNF contract? That seems highly unlikely doesn’t it? But can ESPN exist as a network without NFL games? Remember, it’s not just the NFL games, it’s all the ancillary content that ESPN builds around the NFL games, think about the hours of studio programming that ESPN devotes to pro football. ESPN justifies its sky high cost per month to cable and satellite companies based on the games it provides exclusively on cable, can ESPN extract an increase in subscriber fees from cable and satellite companies when its deals expire without the NFL games? So how much more money will the NFL be able to extract from ESPN? Or will this be the moment in time when the entire sports industry finally realizes that the bubble has popped?

This is the biggest contract to watch in sports, will ESPN bend to economic reality or will Disney let the worldwide leader in sports spend money it doesn’t have?

If the NFL isn’t making the same money it always made in the past, everyone in sports is screwed.

I’ve been writing about the sports rights bubble for years. Most recently doing the math to point out that the NBA’s insane new television deal from Turner and ESPN means that every single cable and satellite subscriber in the entire country is paying a jawdropping $30 a year for NBA games. I believe the NBA’s TV contract represented the actual peak of the sports rights market.

I’m not against ESPN — or certainly FS1 or NBCSN or CBSSN or any other sports cable channel — I just see the collapse of the cable and satellite bundle as the biggest sports story that most in the sports industry are ignoring. When the bubble officially pops — and it may well have already popped without most realizing it, check out the NFL ratings collapsing this fall — it’s going to change everything about sports — team revenue and player salaries will plummet and the way that average fans consume sports will change rapidly.

ESPN isn’t going to be the only company hit by the popping of the sports bubble either, but it will be the most significantly impacted by far. Let me explain. Let’s use FS1 as an example. FS1 brings in around $1 a month in cable and subscriber revenue. This past month FS1 lost 355k subscribers, just shy of half of ESPN’s losses. Leaving FS1 in 85.6 million homes to ESPN’s 88.9 million homes. That means FS1 lost $4.2 million in yearly revenue off the subscribers it lost this month. That pales in comparison to ESPN’s over $50 million in lost revenue.

And it’s not just sports channels, ESPN’s in infinitely worse shape than any other cable network out there too because it makes more than any other channel off the current business model and because those channels don’t have the billions in fixed costs that ESPN does. If CNN makes less money on subscriber revenue, they can spend less on news gathering. If AMC makes less money in subscriber fees, they’ll pay for fewer shows, but ESPN’s entire business is predicated on the billions they owe for sports rights every year into the foreseeable future. ESPN made a bet that exclusive live sports rights would be the moat that protected its castle from all attackers. The problem is this, that moat flooded the castle instead.

Moreover, the sports businesses of Fox, NBC, and CBS are more protected because the vast majority of their best games are all on network TV, which may well return to primacy when it comes to sports. Look at the roster of games that Fox, NBC, and CBS have — virtually all of the top draws air on the main broadcast networks. The NFL’s AFC and NFC packages, the World Series, the Super Bowl, the SEC game of the week, the best college football games in other conferences, Sunday Night Football, the big Olympic events, the U.S. Open, the British Open, and the Masters, all air on “free” TV. ESPN — and Turner — are the only two networks that put their biggest sporting events on cable. (The college football playoff, Monday Night Football, and most of the NBA’s Eastern Conference playoffs air on ESPN, which is how ESPN justifies its massive cable and satellite subscription fees. Turner carries the majority of the NCAA Tournament games on cable as well.)

So what happens if I’m right and the cable and satellite bundle is collapsing?

Couldn’t ESPN go over the top to consumers?

Nope, that violates their currently existing cable and satellite contracts — ESPN promised it wouldn’t do this in order to get the companies to pay them so much money, Plus, it begs the larger question, if ESPN is going over the top to consumers, why wouldn’t the leagues just try this directly themselves? Why do you need ESPN to be the middleman if you can handle distribution as well as they can? What’s more, an over the top ESPN would need to be insanely expensive to justify their fixed costs, $20, $30 or $40 a month just for ESPN along. As if that weren’t enough, ESPN would be caught in an intractable business problem, one that looks awfully familiar to print newspapers as the Internet rose online. You’d have to run two different businesses — the cable and satellite ESPN, which would continue to lose subscribers, but still bring in most of your money — and the over the top ESPN model, which cost much more and have infinitely fewer subscribers. As you promoted the over the top model then the cable and satellite companies would rebel and ask, “Why are we paying you so much to carry your network as part of our packages? We’re cutting your channel from basic cable so we can lower consumer costs.”

So ESPN would lose all the people giving it money to buy sports rights who never watch sports. At the same time that the vast majority of people were not subscribing to its over the top offering.

I’m not trying to be alarmist here, but the simple fact is this — I don’t see how ESPN’s business model makes sense at all by 2021.

The “Worldwide Leader in Sports” is a dead channel walking. 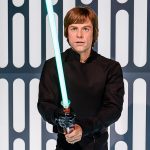 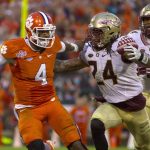