Doug Adler has called tennis matches for ESPN for over a decade. That all changed when he called a Venus Williams match from the Australian Open and used the phrase “guerrilla effect” to describe Williams’s charging the net against her opponent.

Except many online believed that Adler was actually comparing Venus Williams to a gorilla and the predictable left wing outrage brigade mobilized rapidly and grabbed their pitchforks and tar and feathers.

A New York Times reporter Tweeted out the video with the following text: “This is some appalling stuff. Horrifying that the Williams sisters remain subjected to it still in 2017.”

And from there the social media mob was officially off and running, Adler was forced out at ESPN and publicly branded a racist. In an attempt to stave off the mob, Adler released a statement saying he “simply and inadvertently chose the wrong word to describe her play.”

But that wasn’t enough, ESPN removed him from the broadcasts saying: “During an Australian Open stream on ESPN3, Doug Adler should have been more careful in his word selection. He apologized and we have removed him from his remaining assignments.”

His ESPN colleagues, many of whom knew that Adler meant nothing racist at all by the comment, were afraid to publicly defend him, but after hearing an Outkick discussion on the story Monday morning they encouraged Adler to reach out to me and come on the show.

He came on the show this morning and I encourage all of you to go listen to our interview here:

Among the highlights, Adler says that he’s been using the term “guerrilla effect” or “guerrilla tactics” to describe unexpected moves by tennis players for years, since he first heard the term at USC.

Adler also said he felt he’d done nothing wrong but issued an apology for his word choice because he believed it would help save his job.

Unfortunately for him, it didn’t.

Adler’s suggestion that the phrase geurrilla tactics or guerrilla effect seems to square well with this iconic Nike ad featuring Pete Sampras and Andre Agassi from back in 1995. The title of the ad? Guerrilla tennis.

This entire story is just flat out absurd.

Please listen to this interview and share it. Adler deserves to receive an apology from ESPN and get his job back. And while that probably isn’t going to happen, at least we can help to get his name back. 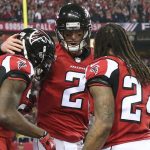