Jemele Hill said that everyone who votes for Donald Trump for president is a racist.

Ironically enough, Jemele Hill’s own Mom voted for Donald Trump.  You can’t make up that irony.

The biggest issue is that ESPN is paying Jemele Hill millions of dollars for a hagiographic documentary that is going to star Colin Kaepernick.

I had the Outkick crew reach out to ESPN to see if ESPN agreed if all Donald Trump voters were racist, ESPN said no comment.

ESPN has basically let it be known that everyone out there who has any kind of moderate kind of political leanings, they don’t care about you.

If you are anything other than a far left-wing loon, you are not in any way respected by ESPN.

We saw this last week with Woj, we saw this Woke-Center related politics.  ESPN is a far-left wing organization. They are MSESPN.

The fact that they won’t even deny Jemele Hill’s charge that all Donald Trump voters are racist is an unbelievable confirmation that if you are anything other than a far left- wing loony loser, ESPN has no interest whatsoever in your business. 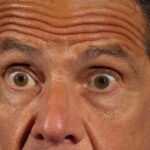