Two teams will advance to the Super Bowl this Sunday, while two other teams will feel the disappointment of coming within one game of the title.

Over the years, there have been plenty of memorable moments in both the AFC and NFC title games, and today we take a look at some of the meltdowns moments that many won’t ever forget.

Hosting the NFC title game, the Atlanta Falcons seemed to have it all going their way, leading the underdog San Francisco 49ers 17-0 at the Georgia Dome six seconds into the second quarter.

While no lead in the NFL is safe, the Niners rallied, closing it to 17-14 before the Falcons scored right before half to make it 24-14.

The second half belonged to the Niners, as they scored twice on Frank Gore runs, the second coming with 8:23 left to take a 28-24 lead.

The 49ers pulled off the biggest comeback victory in an NFC Championship Game, according to the Elias Sports Bureau. The previous NFC record was 13 points. 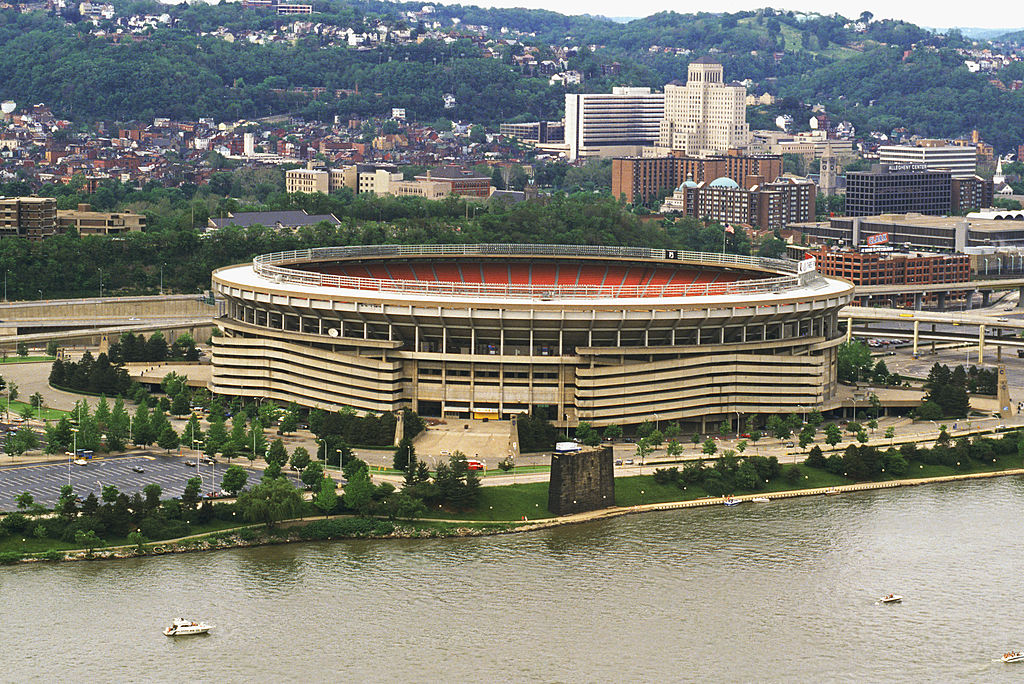 * Blown Call Does the Oilers No Favors – 1979 AFC Title Game

For the second straight year the Steelers hosted Houston in the AFC title game, and after losing 34-5 the year before, this time the Oilers seemed ready.

They got a defensive touchdown early and led 10-3 at one point. While the Steelers rallied to lead it 17-10, Houston was screwed out of a TD with about 90 seconds left in the third quarter.

QB Dan Pastorini threw to Mike Renfro in the corner of the end zone, and Renfro made an amazing catch. Check out the replay below.

After talking it over, the officials waived it off, and the Oilers settled for a field goal to make it 17-13.

Pittsburgh scored a field goal and touchdown in the final 15 minutes to go on for the 27-13 win, but to this day, Oilers fans still say the momentum of the game swayed when they Oilers were denied a touchdown. 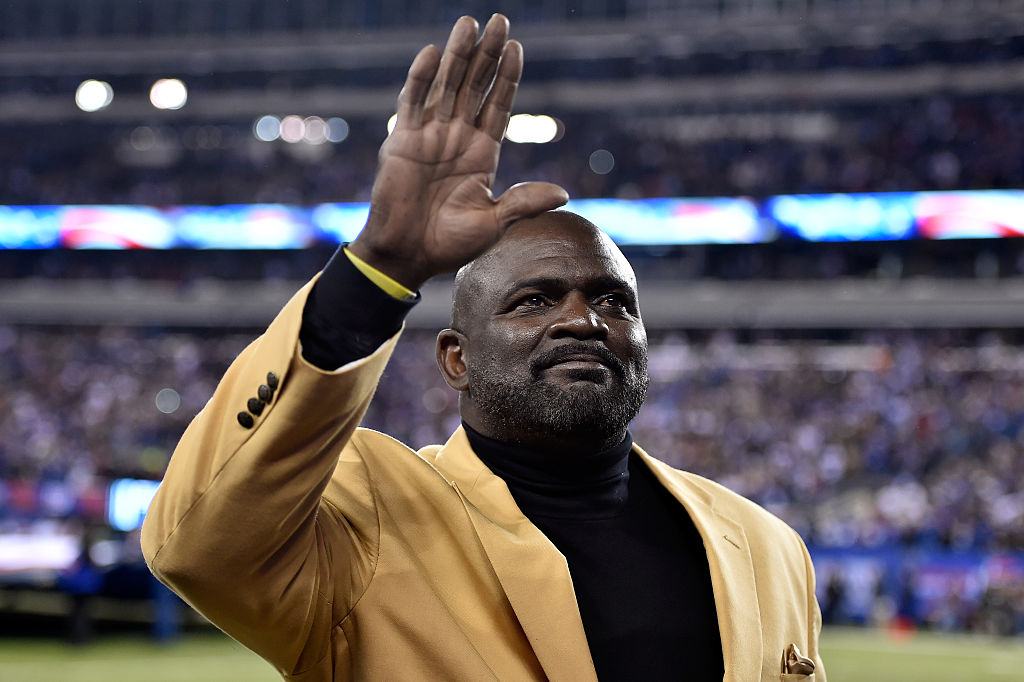 The 49ers were using the word ‘three-peat’ quite a bit in 1990, coming off two titles. They were still the best team in football until the NFC title game against the Giants in San Francisco.

It was a legendary defensive battle, and many viewers still recall Leonard Marshall’s knockout hit on Joe Montana. But the big play of the game was a strip fumble by Erik Howard recovered by Giants linebacker Lawrence Taylor at their own 43-yard-line.

Jeff Hostetler helped the Giants get down the field, and Matt Bahr nailed the 42-yard field goal attempt at the buzzer, sending the Giants to the Super Bowl and ending the Niners’ historic run. 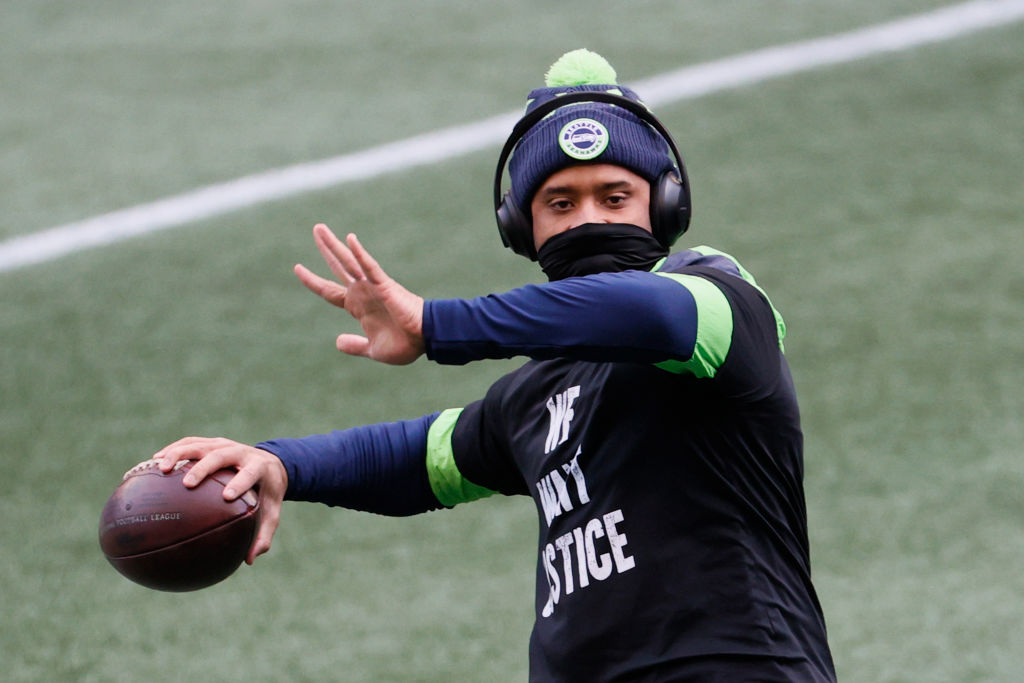 Never have I seen a conference title game so dominated by one team, only to see that team collapse in the last few minutes.

A Mason Crosby field goal sent the game into overtime, when Russell Wilson torched the Packers’ defense with a perfect pass to Jermaine Kearse, who beat Packers cornerback Tramon Williams for a 35-yard game-winning touchdown reception.

Talk about a meltdown of epic proportions. This one still stings for Packers fans. 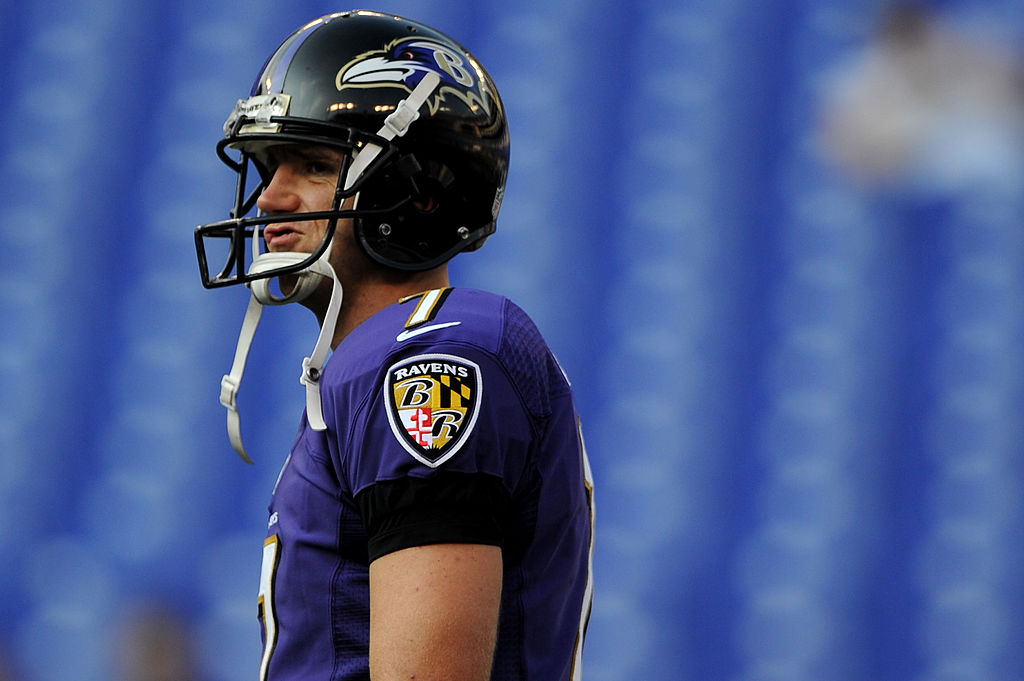 Many Ravens fans have done whatever they can to wipe this game from their memory. Baltimore had a golden chance to win or tie the Pats in the final seconds on the road, which would have sent this AFC title game into overtime.

Instead, Lee Evans dropped a sure TD in the end zone and then former Pro Bowl kicker Billy Cundiff missed a 32-yard field goal that would have tied the game.

The Pats certainly didn’t play their best game that afternoon, but Tom Brady had his lucky charms and pulled another one out for New England that afternoon.

Baltimore got their revenge one year later, beating the Pats 28-13 to advance to the big game. 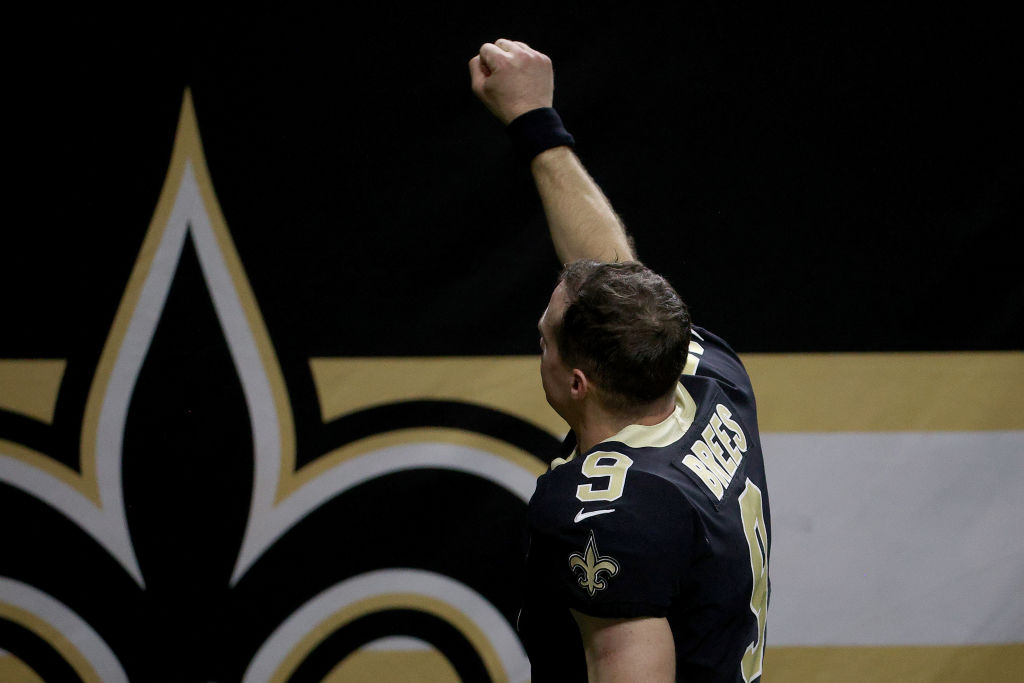 The Saints jumped to a first quarter 13-0 lead, and it looked like it was all going their way. The resilient Rams rallied, however, closing it to 13-10 before half as the Saints’ offense went into a shell.

The second half was back and forth, with the teams trading a touchdown and a couple of field goals.

New Orleans led it 23-20 with 1:41 left on a Wil Lutz 31-yard field goal, but the Rams again rallied, with Greg Zuerlein nailing a 48-yard field goal with 15 seconds left.

Overtime saw a massive mistake, as Drew Brees threw a pick that was pulled in by John Johnson at the Rams 46.

With heart rates rising in New Orleans, Jared Goff needed just four plays to get the Rams into field goal range. Zuerlein then hit a 57-yard dagger that put the Rams in the Super Bowl, blowing the best shot Brees and company had to make the big game. 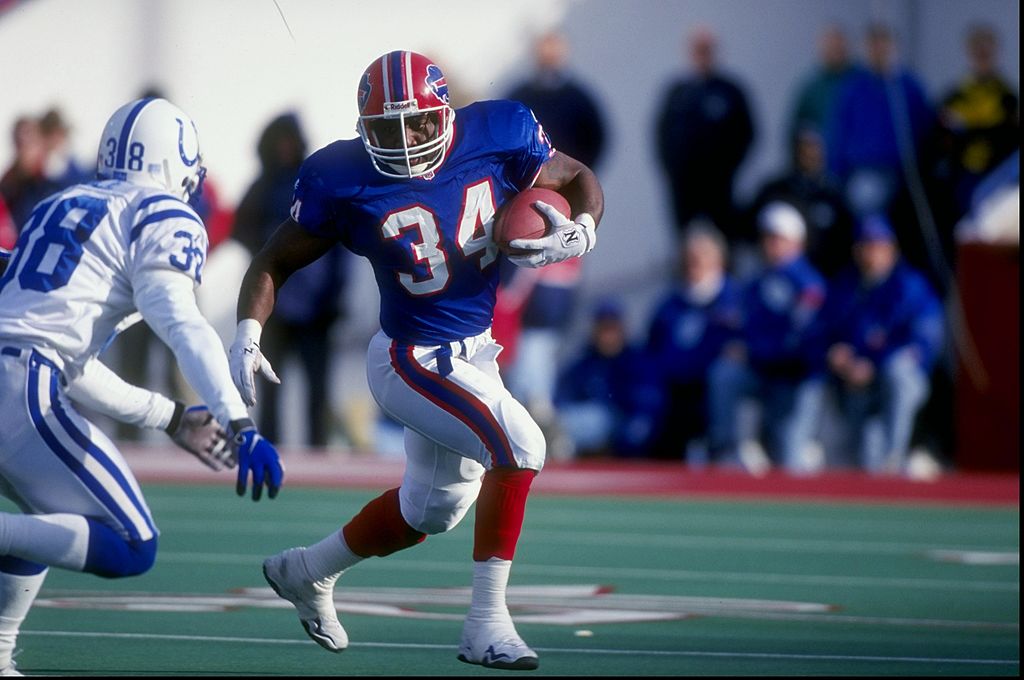 This was the rise of the Bills’ Super Bowl dynasty, which led to four straight Super Bowl appearances and zero titles. In this conference championship game though, Buffalo piled up 21 first quarter points on the way to a 51-3 win.

It was like the Raiders were caught in a snowstorm in Rich Stadium in Buffalo. They had no shot against the Bills “K-gun” offense and a defense that stopped them cold.

While the Bills were never able to get over the hump of winning a title, there is no question they dominated the AFC for quite some time in the 1990s. 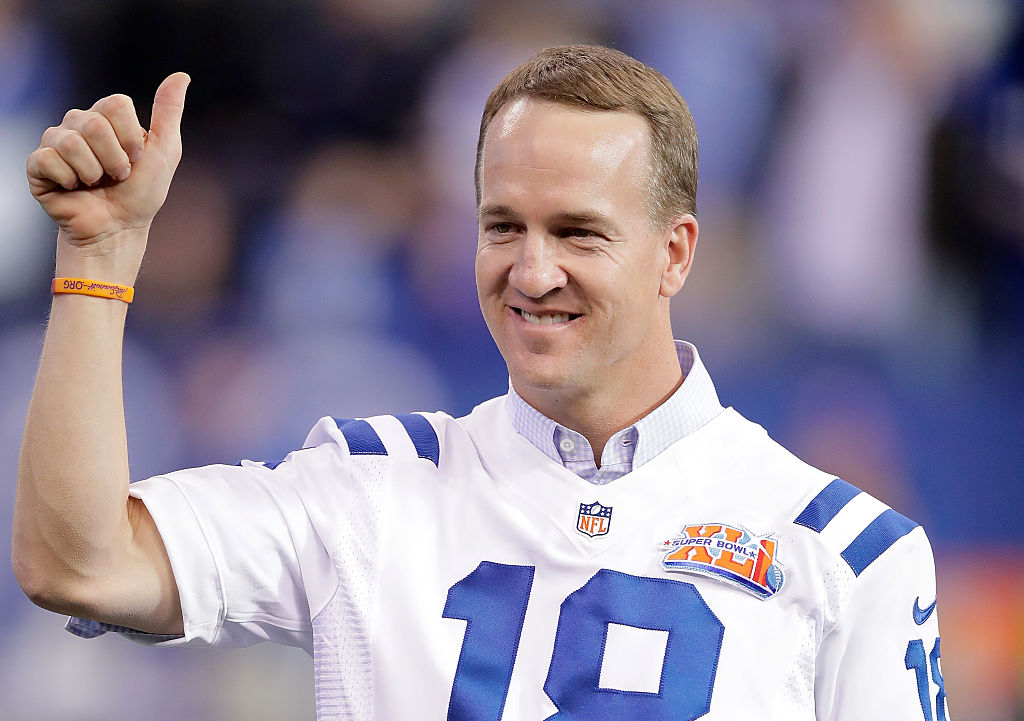 Peyton Manning and the Colts knew all about losing to the Patriots when it mattered most, having already lost a couple AFC title games when they entered the 2006 AFC Championship Game.

This time looked no different, as Tom Brady and the Pats’ defense put the squeeze on the Colts, building a 21-3 lead with 9:25 left in the second quarter and 21-6 at the half.

Then, with the season and all the whispers on the line, Manning and the troops rallied, scoring two third quarter TDs to tie the game at 21 after the two-point conversion.

Stephen Gostkowski hit a pair of fourth quarter field goals to make it 34-31 Pats with 3:49 left, but Manning put together the drive of his life, leading the team on a 7-play, 80-yard drive in 1:17 to eventually take a 38-34 lead.

Brady and the Pats still had time, but the future Hall of Famer threw a pick, ending the final threat as the Colts were finally heading to the Super Bowl. 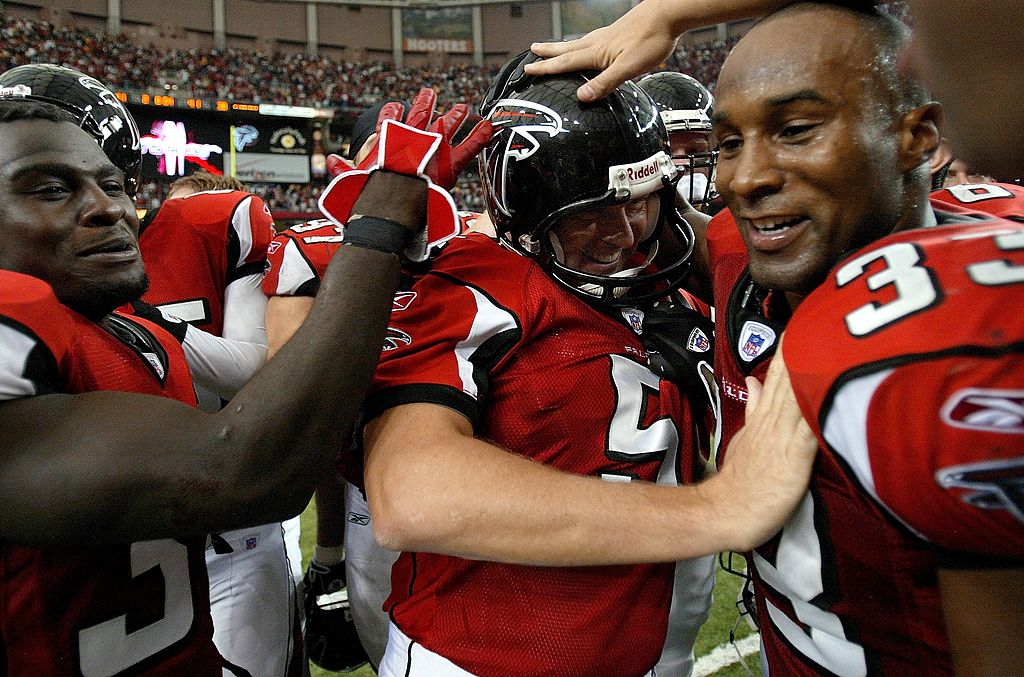 1998 was a season of dreams for the Minnesota Vikings. They were first in the NFL in points per game at 34.8, and they were stacked with offensive stars like Randall Cunningham, Robert Smith, Cris Carter and super rookie Randy Moss.

Minnesota breezed through a 15-1 regular season and laid a whooping on the Arizona Cardinals 41-21 in the NFC Divisional Playoff game.

All they had to do was get past the Atlanta Falcons, who were heavy underdogs. The Falcons were +11 at kickoff. If the Vikings could just maintain their momentum against an inferior opponent, they would make it to what would have been a fun Super Bowl against John Elway and the Denver Broncos.

Instead, the season of dreams became a nightmare.

Minnesota led it 27-20 when reliable kicker Gary Anderson lined up for a 38-yard field goal, which he pushed wide.

Injuries on defense were mounting for the Vikings and a late defensive breakdown allowed Atlanta to drive for a game-tying score of 27 with :57 seconds left.

You could almost feel the air go out of the Metrodome as overtime progressed, and finally on the Falcons’ second drive of OT, they went from their own 9 to the Vikings 21.

It set up Morten Andersen’s 38-yard game winner that stunned the NFL landscape and sent the Falcons to their first Super Bowl, ending a magical season for Minnesota. 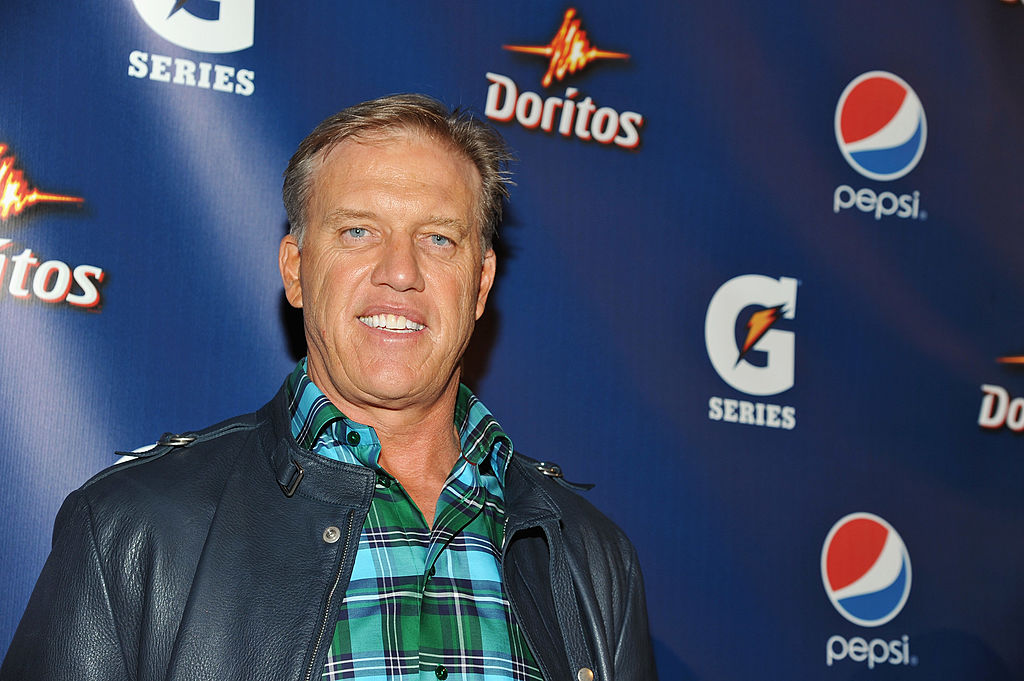 Imagine how history would have played out if the Cleveland Browns would have just been able to stop John Elway and Denver on a 98-yard drive that eventually tied the 1986 AFC title game at 20.

It was the coming out party for Elway, and the Browns played a mostly zone prevent defense, which did them no favors. Elway and the Broncos picked them apart.

Denver became the arch-rival of the Browns following this game, beating them again the following year in the game knows as “The Fumble.” Two years later, they went at it one more time in a game that lacked drama, as Denver blew out the Browns at Mile High Stadium.

If the Browns had won the game in ’86 though, they would have gone to the Super Bowl, and who knows? Maybe it would’ve been Bernie Kosar in the Hall of Fame and not Elway.

* Bucs Close Down the Vet Against Eagles – 2002 NFC Title Game

The Eagles endured heartbreak year after year in the late 90s/early 2000s, as they dropped an amazing three straight NFC title games, the last two of which were at home.

This one against the warm weather Bucs hurt the most. Though the Eagles had a quick lead, Tampa’s D set the tone and eventually took out the Eagles 27-10.

It was the final run for Tom Brady and the Patriots, as they and the Chiefs went back and forth in a fantastic game played in 19 degree temps with snow and 14 MPH winds.

New England amassed over 500 yards of offense, and they needed every single one. The game went to overtime tied at 31, and the Pats put together a perfect drive with Rex Burkhead wrapping up a 13-play drive that went 75 yards to win the game.

The 1994 Steelers had the best defense in the NFL and a punishing offense that led the league in rushing.

They hosted the San Diego Chargers, a team that had to travel to Pittsburgh after a tough home win against Miami the week before.

Pittsburgh drove right down the field to score first, and it looked like the route was on. The Steelers led 10-3 at half, and it still looked they were in line to get back to the Super Bowl.

Then, out of nowhere, their defense had a couple of bad collapses in the second half. One blown coverage allowed Stan Humphries to hit Alfred Pupunu on a 43-yard score. Humphries then hit Tony Martin on a 43-yard TD pass to make it 17-13.

Neil O’Donnell led Pittsburgh to the Chargers’ three with just over a minute left, but on a 4th down, linebacker Dennis Gibson knocked down a pass intended for Barry Foster that could have won the game.

San Diego was off to the Super Bowl, only to get slammed by San Francisco 49-26.