It’s time for people to start taking Tennessee seriously. That eight-game winning streak, the longest active streak in the nation among Power-5 programs, wasn’t enough. But the first half against the Georgia Bulldogs should have people convinced.

Yes, a high snap over the head of Georgia quarterback Stetson Bennett got things going for the Vols. But they’ve made plays on both sides of the football, including an epic goal line stand with less than a yard to go before the half.

The goal line stand actually got started on a first-and-goal from the Tennessee five-yard line. Four straight runs from the Bullogs; four straight stuffs from the Vols’ defense to protect its 21-17 lead as the first half expired.

Time of possession heavily favors Georgia with Tennessee only having it for 10 minutes, 40 seconds through the first two quarters. But quarterback Jarrett Guarantano has been efficient (11-of-13 for 124 yards and two scores) and has, once again, protected the football.

Let’s see how things turn out in the second half, where the Bulldogs were able to pull away last season. But as of give, put a little respect on Tennessee’s name. 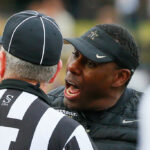 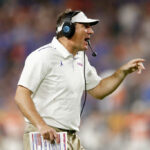