Officials in the Nashville health department and mayor John Cooper’s office are being accused of colluding to conceal the low amount of people whose positive coronavirus cases were traced to bars and restaurants, as Fox 17 revealed leaked emails.

One leaked email exchange, between mayor Cooper’s senior advisor Benjamin Eagles and health department official Leslie Waller, revealed that as of June 30th just 22 cases had been linked to bars and restaurants. After that data was disclosed, the exchange went as follows:

Cooper: “Correct, not for public consumption.”

Fox 17 also uncovered an email from an unnamed Nashville health department official, in response to an inquiry about how to handle a question from Tennessean reporter Nate Rau. In late July, Rau asked the health department about intel that just 80 cases of the 20,000 in Davidson County were attributable to exposure at bars and restaurants.

Brian Todd, the health department official who sent the email asking how the department should respond, got the following answer from an unnamed official: “My two cents. We have certainly refused to give counts per bar because those numbers are low per site. We could still release the total though, and then a response to the over 80 could be because that number is increasing all the time and we don’t want to say a specific number.”

The mayor’s office declined to confirm or deny the emails to Fox 17; city council-member Steve Glover said he had an attorney reveal the authenticity of the emails and accused Metro Nashville of “fabricating information” in an orchestrated cover-up.

It should of course be considered good news that so few cases wound up being tied to bars and restaurants. The hospitality industry, which already operated on razor-thin margins in normal times, is in dire straits in big cities across the country and as a result many beloved institutions are shuttering. Here’s a list of places that have permanently closed in Nashville during the pandemic.

The implication of a deliberate plot to conceal information about low spreads from bars and restaurants is a desire to maintain strict restrictions. Thus, these emails represent an agreement between officials, who work to serve taxpayers, to prop up unpopular governing decisions.

In Nashville, bars and restaurants have faced capacity restrictions, 10-person maximum tables, limitations on live music and early closing time. Mayor Cooper extended bar closing time until 30 minutes after the Titans game ended this past Monday; if he could do it for the Titans, why not make it that late forever?

Today, perhaps not coincidentally a day after Fox 17’s bombshell reporting, Mayor Cooper announced that capacity restrictions will be raised to 50 percent — capped at 50 patrons inside and 50 patrons outside — and closing time will now be 11:00 pm.

It may be awhile, but the FOIA requests that come out of all this, not just in Nashville, but all over the country, are going to reveal some wild communications. 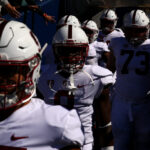 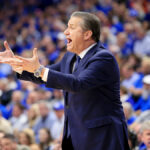