Elon Musk has never described himself as conservative. Everyone else is beginning to do that since it was announced that he’s taking over Twitter, because Musk decided that the social media platform will become a place for free speech.

Twitter had been run by liberals, who were able to keep their narrative and only their narrative going. Anyone who had a different view of things would be crucified by a Twitter mob, called “racist” or “misogynistic” — or any other number of buzzwords to indicate that not agreeing with a liberal slant meant you were a terrible person.

Anyway, Musk sent out a tweet indicating that he hasn’t moved. But that the line has, with progressive only becoming more intense about their beliefs, and attacking him for … well, seemingly for nothing beyond buying Twitter.

He offered his thoughts via stick figures, which you can see in the chart below.

Basically, Musk is a threat to the liberal world, to some of the utter nonsense posted to Twitter, and liberals clearly are not in favor of someone screwing with their tale-telling, regardless of how tall. They also seem to despise rich, straight, white males. That, more than anything, seems to be Musk’s greatest sin in the eyes of a Democrat.

Regardless, Musk has already brought a new attitude to Twitter, showing that he is more than just a man with money. He is someone with a plan for fairness, for all voices to be heard, someone who welcomes contending points of views. And that’s conversations, such as the ones taking place on Twitter, are supposed to be all about. 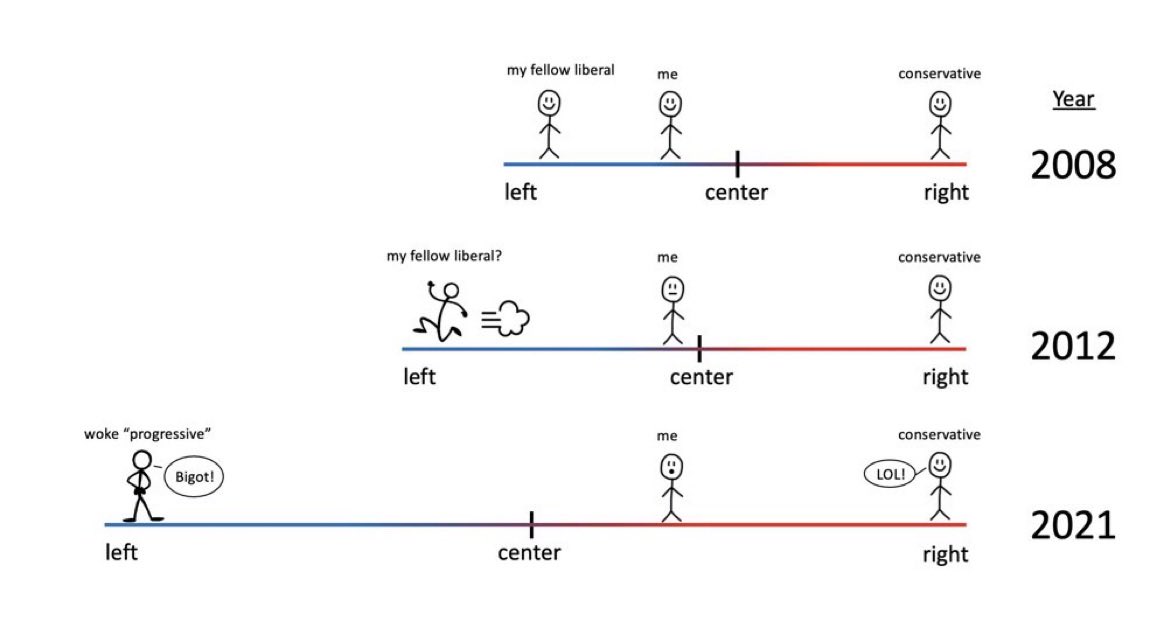