Eagles running back Miles Sanders is officially back after he announced he was 100% a the press conference after practice. For those with a Fantasy Football addiction, this is your cue to ship Boston Scott off your squad or to the bench.

If you are early entrant to FanDuel DFS there is probably still a discount to landing Sanders, too.

Philly’s offense looked absolutely pathetic in the second half against Washington last week, so expect a bounce back. If you get the chance, pick up Sanders for his debut as Wentz’s bell cow. Saying he’s 100% should give Fantasy players full confidence Scott won’t be taking many snaps from Sanders.

Of course the Eagles offensive line was dismal week one, but Lane Johnson playing should provide some hope.

After missing last week vs Washington, both Eagles’ RB Miles Sanders and OT Lane Johnson are on track to play this week vs Los Angeles.

We’re not exactly sure how much Lane Johnson can do to help stop Aaron Donald, but he’ll need to do something to make Sanders or Scott playable. Based on how Donald played in his season debut, it was probably time to give Boston Scott a week off anyway.

Cheers to the Fantasy weekend! 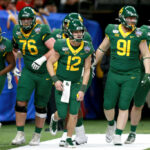 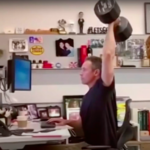