The Washington football team is shuffling the deck at quarterback. Ian Rapoport and Mike Garafolo of NFL Media report:

Let’s take this piece by piece:

1) Haskins has not played well. He is averaging 6.4 yards per attempt this season. He has four touchdown passes and three interceptions. The team is 1-3 and lost the last three games to the Cardinals, Browns, and Ravens by two touchdowns apiece.

It’s one of those things in the NFL where you never know how much blame to assign to the abilities of a young, struggling quarterback like Haskins and how much to his fortunate of being drafted by a bad organization. Nonetheless, it had become clear that things are not working at this time.

2) Kyle Allen, the former Texas A&M quarterback, started 12 games for Carolina last season after Cam Newton got hurt. Ron Rivera, the Washington coach, was the coach in Carolina who put him in the starting job last season. The Panthers went 5-7 in games started by Allen.

3) The comeback story for Alex Smith continues to amaze. His leg was snapped in one of the more gruesome plays in NFL history. There was fear not only that he may never return to football again, but that his leg could be amputated. It now seems like a matter of when and not if we see him back under center.

Washington hosts the Rams at 1:00 pm ET this Sunday. 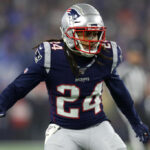 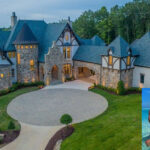