It’s been seven long years since Brittney Griner dunked in women’s college basketball, but now Stanford’s Fran Belibi has dunked for the Cardinal. Here we are with a rim-rattler bringing back dunking to the women’s game.

Belibi, a 6’1 sophomore, gained notoriety in high school for jamming basketballs, but it wasn’t until December 13 when she accomplished it in a college game. Monday night, it was Belibi’s time to fly yet again, this time against UCLA. It hadn’t been done in seven years, and now Belibi has two in seven days.

I know what some of you are thinking. Yes, a woman has dunked in the SEC. Candace Parker used to get up and jam. She was the first woman to dunk in the women’s NCAA tournament and dunk twice in the same game. 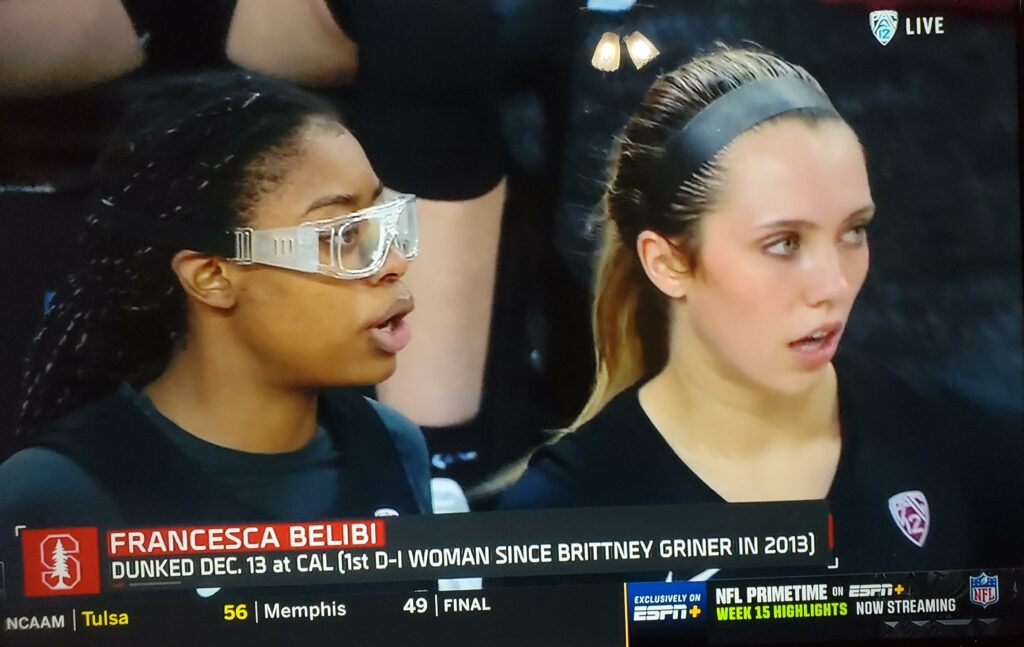