Broncos quarterback Drew Lock was a full participant in today’s practice. He’s now expected to play this Sunday in New England, so the 1-3 Broncos get a shot in the arm.

Broncos’ QB Drew Lock, who has been sidelined since Week 2 with a shoulder injury, was a full participant at Wednesday’s practice.

Being a full participant implies that Lock has no limitations, a great sign for Denver fans. Even Broncos Twitter interns tried spilling the beans last Sunday:

When #DENvsNE gets postponed vs. realizing Drew Lock has another week to get healthy pic.twitter.com/a6duUZKN0f

Postponements are usually annoying, but they can be helpful when you need to buy some time for an ailing quarterback. Though Lock was no Joe Montana Week 1 against Tennessee, throwing for just 219 yards, Jeff Driskel wasn’t cutting it.

New England is expected to have Cam Newton back for the matchup with the Broncos as well. If the Broncos want any chance to win, Drew Lock is needed under center. Injuries up and down this defense make victory without the starting quarterback almost impossible.

Stephon Gilmore is also expected back in New England, so Drew Lock will be tested immediately. We’ve often seen Lock singing Young Jeezy’s “Put On”, and if he wants to sing at all this weekend, he’ll need to put on for his city. 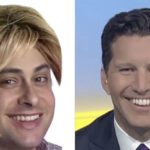 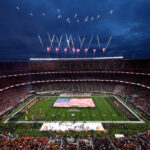