Reports claim that Saints quarterback Drew Brees practiced today without shoulder pads. No further information was given about his status for Sunday night against the Buccaneers, leaving us with several unanswered questions. If Brees isn’t fully ready this week, that likely means we get to pull the tarp off for a Jameis Winston show.

Everyone would, of course, prefer to see the Saints fully healthy, but Jameis is always a spectacle when he plays.

Drew Brees (right shoulder) was at practice, but he worked off to the side during the portion open to media. Did not look like he was wearing shoulder pads. (photo via @JoriParys‘ screenshot) pic.twitter.com/AKB3zpTCKA

A telling quote from earlier this week might help shed some light on Brees’ status.

He’s right. Brees dealt with major shoulder surgery during his tenure with the Chargers, and he still needs to be cautious about protecting it. Being cautious is what could lead to Jameis Winston taking snaps against Tom Brady and Antonio Brown.

The Saints believe that star wideout Michael Thomas will return this week after he began practicing the October 29th. Maybe the Saints would have more confidence letting Winston play if Thomas is on the field too? Judging from what we saw during Famous Jameis’ time in Tampa, the Saints shouldn’t expect much. Brees sitting means they’re risking Tom Brady running away with the NFC South. Whoever wins Sunday night sits in first place, and we know a 41-year-old Drew Brees can’t let that happen.

What To Expect From Jameis Winston

Nothing. Tom Brady showed up to Tampa and displayed for the world that the Buccaneers were just one quality quarterback away from greatness. Jameis Winston potentially steps into a situation this weekend that will ask too much of him. He’ll have to deal with an ailing receiving core and a star running back in Alvin Kamara just now returning to the field.

Jameis Winston trying to show off his dance moves for Jerry Jones now that Dak and Dalton are out pic.twitter.com/GNr0MTNLiK

Winston has all the talent to be a great quarterback, but we can’t guarantee anything except the fact that he’ll entertain us. Saints fans will more than likely cringe watching the Bucs put a stranglehold on the division, while we laugh. Jameis Winston is a real life Sharknado movie, entertaining even when we know it’s factually bad.

We home we don’t see Jameis this weekend for Drew Brees’ sake, but hopefully we see him soon. We all should be curious if the LASIK eye surgery this offseason paid off. 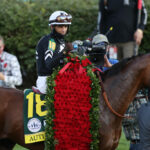 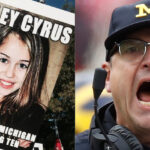