With COVID, it’s hard to know some weeks who is going to be active on an NFL roster and who will be watching from home.

Clay: “Do you think the NFL is going to have to add that sort of 18th week to the season before all is said and done?”

Dr. Chao: “Well, I actually do and I think it’s inevitable. Remember, flu season is still coming? And is there going to be a new rise in COVID cases, nobody knows. But there is that risk. Right now the schedule makers have worked a lot of magic, there were eight changes, right? Four Charger games were changed to make this most recent round of things work. How many times can they pull a rabbit out of a hat? If this happens again, you know, do they really have room? And as bye weeks are already eaten up there’s no more room to move or maneuver. And it’s not like baseball where you can play a doubleheader. So, I think that you’re going to run out a room and then you can’t just say you’re not going to play the game, because they’re going to say, ‘Well, you hooked up the Titans, you hooked up the Patriots, what about us?’ So, I think with the season being this young, the likelihood is an 18th week or more.”

AM @outkick talks Saban’s positive test with @TheLanceTaylor & I tee off on coronabros in sports media arguing against football. Get your popcorn. @geoffschwartz & @ProFootballDoc also guest star. Listen & subscribe: https://t.co/jEdVeVQzau 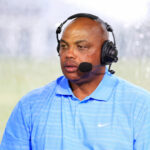 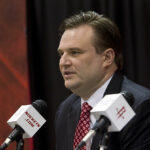