Eagles head coach Doug Pederson spoke with the media this morning; he was asked about quarterback Carson Wentz missing throws that are “layups” and essentially pulled the “you never played card”

“Have you played quarterback in the National Football League? They’re not layups. There's ain’t a throw out here that's a layup!”@6abc #Eagles #CarsonWentz #DougPederson pic.twitter.com/fjlaGvbWMX

This is a crutch for players and coaches when they don’t like questions from the media. Just because we can’t physically execute throws that Wentz does not mean that our eyes cannot discern when a quarterback misses throws that should indeed be a layup for a professional.

You only really see this in sports. For example, if you go to a restaurant and you don’t think the food is good, you never hear about a chef asking you if you’ve ever cooked at a professional level.

Deep down, Pederson knows that Wentz is not playing up to the standards that they need:

Doug Pederson when asked why Carson Wentz is regressing in Year 5.

This season, the Eagles are 0-2 and it’s getting late early. Wentz is completing 58.8 percent of his passes when his career average is 63.6 percent and he’s averaging 6.0 yards per attempt when his career average is 6.9. Wentz has thrown four interceptions and two touchdowns. Whether or not you want to call some throws layups, Wentz needs to be making more of them if the Eagles are going to salvage their season. 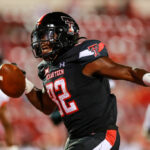 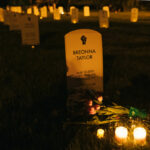