YOU PROBABLY AREN’T GOING TO BE KILLED BY SOMEONE ELSE FOR ANY REASON THIS YEAR.

AMERICA HAS NEVER BEEN SAFER.

I feel like I need to be screaming this from the rooftops every day because so many people in America have become terrified that death is lurking just around the corner. A country founded by the boldest, most risk embracing group of people of all races, religions and creeds has turned into a collection of infants, all curled up in the fetal position sucking on their thumbs while they hug their blankets and tremble in fear.

It doesn’t matter whether you’re a Democrat or a Republican it seems like this entire election cycle has been a contest to see who can scare their base the most. So this is my attempt to set the record straight and encourage all of us to use facts as opposed to feelings.

The primary driver of fear in this country is the news media — which covers rare deaths as if they are commonplace. This is the way the news works — the less likely something is to happen, the more news worthy it is. That helps to drive ratings and profits for news companies. The result is that many people believe that rare events are much more common than they are.

The second greatest driver of fear in this country is politics. Democrats and Republicans are both using fear to motivate their bases. For Republicans its fear of terrorism and lawlessness in the cities, primarily black lawlessness. For Democrats it’s fear that police are targeting minority communities.

The result of the double barreled attack from the media and politicians: Otherwise intelligent people believe that terrorists are out to kill them or that the police are.

Each of these beliefs is plainly ludicrous when you consider the data.

Let me explain both to you, beginning with terrorists and then moving to the police.

FIRST, TERRORISTS ARE NOT GOING TO KILL YOU!

Did you know that fewer than 100 people have died in America from terrorist attacks since 9/11? That’s in 15 years, an average of less than seven people a year. Putting that into context, 100 people die in car accidents every single day, that’s 36,500 people a year. Each year on our roadways we have over 10 9/11s, but no one cares about car accidents unless a ton of people die at once in a major pile up, a famous person dies, or you’re driving a Tesla on the autopilot function and you die.

Otherwise no one pays attention.

If the media covered car accidents like they cover terrorism then we would all drown in the sordid details. Just about every minute all day long there would be brand new breaking news about a car accident death. Maybe we’d all be terrified of driving.

But even that wouldn’t be entirely fair.

Yet you are 5214% more likely to die in a car accident than you are to be a victim of terrorism in this country in any given year.

And here are two stats that will really blow your mind: you are 110x more likely to die from contaminated food in this country than you are terrorism and you’re 22x as likely to die of a brain eating amoeba.

Finally, you are 353x more likely to fall to your death than you are to die of terrorism.

Put simply, if you’re voting for president based on your fear of terrorism, you’re behaving irrationally.

You will die, but the odds of it being because of terrorism are almost so small that it’s not worth mentioning.

SECOND, THE POLICE ARE NOT GOING TO KILL YOU EITHER!

This year the police have shot and killed 547 people, that’s an average of 2.6 people a day. (Last year an average of 2.7 people died a day of police shootings. Over the past several decades the number of people shot and killed by police has been on a steady decline.) Of course the vast majority of these people shot — 94% — had weapons of their own and were threatening police officer lives, but it’s instructive to consider how rare these shooting incidences truly are in a country with a population of 323 million.

That’s true, even if you are black.

POLICE ARE NOT GOING TO KILL YOU IF YOU ARE BLACK EITHER.

What are the racial breakdowns of the police shootings in 2016?

Here the deaths up to today:

REGARDLESS OF YOUR RACE, GETTING SHOT BY POLICE IS AN EXTREMELY RARE EVENT.

THAT’S THE CASE EVEN IF YOU ARE BLACK.

This year 72% of all people shot and killed by police so far aren’t black. Now black people are shot at a rate higher than their 12% of the population would suggest, but the vast majority of people don’t interact with police in a given year. So using the general population statistics isn’t an accurate way to assess the probability of being shot. You have to consider interactions with police — after all the police can’t shoot you if you don’t interact with them. So you have to look at arrest rates. We’ll use violent crime arrest rates since most people of all races, 90% in 2015 and 94% in 2016, were armed and behaving violently when police shot them. Black people represented 39% of all violent crime arrests according to the most recent FBI statistics. Given that black people represent around 28% of those shot and killed by police this means that statistically black people are actually less likely to be shot and killed by police than whites and Hispanics, who combined represent 58% of violent crime arrests yet represent 67% of those shot and killed by police. (Blacks also represent 28% of arrests for all offenses, violent or otherwise. Which would mean that black people are shot at the same rate that their proportion of overall results would suggest. This squares with a recent Harvard study which found that black people were equally as likely to be shot as white and Hispanic people.)

If you are going to be murdered, it’s likely to be by someone you know, not a stranger or a person of another race.

As if this weren’t enough, the media and politicians focus on the extremely rare events of white police officers shooting black people. How many national stories or protests have you seen over the 72% of white, Hispanic or other races being shot by police? Even though nearly three in four of all people shot and killed by police have been not-black, the media coverage has been virtually all focused on white police officers shooting black people.

Many black people have become convinced that the police are trying to kill them. So much so that at least two black militants have decided to target white police officers in the last month.

But, as we established above, the data just doesn’t show this to be true at all.

You are twice as likely to be struck by lightning in this country as you are to be a black person, armed or unarmed, who is shot and killed by police.

Want another crazy stat that proves how rare this is? There were nearly twice as many people attacked by sharks in America last year — 59 — as there were unarmed black people shot and killed by police in 2015 — 38. (Warren Sapp just won the lottery when he became a black man attacked by a shark.)

If anything, it’s the police who should be terrified of us:

The reality of the statistics is this — WE ARE NOT IN DANGER FROM THE POLICE, THEY SHOULD BE TERRIFIED OF US.

The police are saving infinitely more black lives than they are taking. No one believes that black lives matter more than them. The idea that the police are out to get black people is the second dumbest idea that has been allowed to take root in the 21st century. The first? That Americans are in danger of dying of terrorism.

My point in writing this article is simple: Don’t allow the media and the politicians to play on your fears in this election cycle. The Democrats, the Republicans and the news media are taking advantage of your irrational fears. 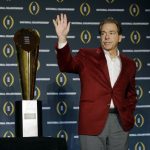 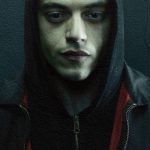