The Los Angeles Dodgers answered a 2-0 series deficit in the NLCS with an 11-run first inning. L.A. eventually went on to beat the Braves 15-3.

The @Dodgers 11 runs are the most EVER in a single #postseason inning! 😱😱😱

Dodgers fans are having a great time, but that’s probably about it. Most baseball fans without a horse in this race turned it off after the parade of Dodger runs. If this game feels familiar, it’s probably because it is. Almost a year ago to the day, the St. Louis Cardinals took a 10-0 lead over the Atlanta Braves in the first inning of the NLDS. The Cardinals won the game 13-1 and took the series 5-2.

With homers left and right and now momentum, for maybe the first time ever, L.A. looks like a team on a mission, despite being down 2-1 in the series.

When you give up a grand-slam down 7-0 in the first inning, you know you’re going to have a bad time. Possibly the worst part of this demolition is that Clayton Kershaw’s back spasms seem to be clearing up in time for Game 5.

Most fans don’t think Kershaw can get it done, so what’s the problem?

Kershaw isn’t being asked to dominate the Atlanta Braves. Atlanta has its own issues with pitching. Bryse Wilson is expected to start Game 4, and a majority of baseball fans have never even heard of him. He threw six games in 2020 with an ERA over four. To make matters worse his career stats show an ERA nearing six, leaving little hope for Atlanta.

Clayton Kershaw doesn’t need to be great this time. The 3-time Cy Young award winner can be average and tie this series. That would elevate his team from being down 2-0 to being tied 2-2 and steal all momentum heading into a crucial Game 5.

It would also be nice if Major League Baseball spared us the misery of watching a baseball team finish a team by two touchdowns. Figure it out, commish. 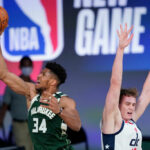 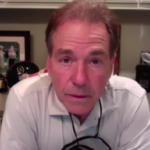