The Los Angeles Dodgers are now kicking the tires on former Braves’ outfielder Marcell Ozuna. They obviously have the talent to win, as they quite literally just cashed in a World Series title. So do they really need Ozuna?

The way their ownership operates–don’t be shocked if it happens.

Would you want to see Marcell Ozuna in Dodger blue? #dodgers #mlb pic.twitter.com/sLcK2f0rsP

Ozuna made $18 million in 2020, and after hitting .338 with 18 homers and 56 RBI in just 60 games, he can expect a salary in the $20-25 million range. The All-Star was a free agent last year, but he didn’t command a long-term deal because of his inability to stay on the field. He helped his case, though, when he managed to play all 60 games during COVID.

How can the Dodgers afford Ozuna?

For those who aren’t heavy into the Dodgers’ roster construction, L.A. has some money coming off the books this offseason. Long-time third baseman Justin Turner and his four-year, $64 million deal expired the moment they hoisted that World Series title. Pretty convenient.

We know, the last thing the Dodgers need is perfect timing to grab another premier bat in the open market, but here we are.

What makes Ozuna so attractive to suitors is that the designated hitter is expected to return to the National League at some point. If any team has a player who struggles defensively or to stay healthy, the option to DH removes most of the risk of forking over a big contract.

Everyone’s likely thinking, “The Dodgers just won a World Series. So why would they need to sign a middle-of-the-order bat?” Well, they won three pennants in five years and still pulled the trigger on a mega trade for Mookie Betts. When you bring in Dodgers-type revenue–you can splurge a bit. And they do.

For baseball’s sake, we’ll pray Ozuna’s L.A. home is for vacation only. 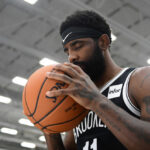 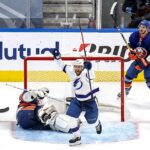