The Philadelphia 76ers are in damage control. Head coach Doc Rivers said the team has been in contact with Ben Simmons to quiet the James Harden trade rumors. Unfortunately for the Sixers, general manager Daryl Morey has a history of lying to the press and it probably will cost them their relationship with Ben Simmons.

Doc Rivers says the Sixers gave Ben Simmons a call last night in the midst of all the rumors, would not share details of that call. Continues to insist the rumors are not coming from Philly’s end

“rumors are not coming from Philly’s end,” Rivers said.

Blasphemy. Of course the rumors came from Philly’s end. To be exact, both teams have likely had preliminary talks to figure out what it’s going to take to make a deal work. There’ nothing wrong with Morey taking phone calls to see if landing MVP James Harden was a possibility, but don’t deny it. Daryl Morey, Doc Rivers, and the entire 76ers organization now look disingenuous.

From Ben Simmons perspective, he probably thinks the team floated his name and the Rockets said no. That’s exactly why Kyrie Irving demanded a trade out of Cleveland. The Cavs threw Irving’s name on the trade block to land Paul George and everything said after that was damage control. It didn’t work, so don’t expect the lip service to be effective now with Simmons.

Philadelphia still could land James Harden. With Harden becoming more agitated by the second, Houston might finally say ‘yes’ to Ben Simmons if it’s the best they can do. 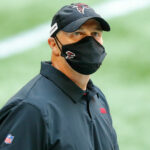 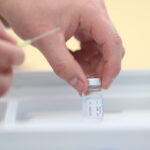