First, a U.S. Open line judge was hit by accident in the throat by a ball that Novak Djokovic hit Sunday. And then? She was verbally attacked by a social media mob of Djokovic’ fans, and even victimized by Serbian media.

“Dear #NoleFam thank you for your positive messages,’’ Djokovic Tweeted Monday night, hours after he apologized on Twitter and Instagram for hitting the line judge. “Please also remember the linesperson that was hit by the ball last night needs our community’s support too. She’s done nothing wrong at all. I ask you to stay especially supportive and caring to her during this time.

“From these moments, we grow stronger and we rise above. Sharing love with everyone. Europe here I come.’’

On Sunday, Djokovic, the world’s No. 1 player, was kicked out of the U.S. Open during his match when he angrily tried to hit a ball into the back tarp. He was facing forward and hit the ball backward. He accidentally hit the line judge in the throat and she dropped to the court, gasping out loud for air. Djokovic ran to her on the court and put his hand on her shoulder.

A tabloid in Djokovic’ home country, Serbia, released the American line judge’s name and Instagram — according to several media outlets, including the Daily Mail in London. The U.S. Tennis Association and several media outlets said that her account was inundated with hundreds of attacks, calling her an alcoholic, questioning why she overreacted to getting hit. And then this, apparently in reference to her son, who died a few years ago in a bicycle accident.

Instagram, Twitter, whatever. They offer an anonymity, or at least a safe distance for a mob. Meanwhile, the fake friendships that are formed, in this case around a group that cheers for Djokovic, allow for the mob to grow and grow.

You get a large, unchecked mob. And this is what happens?

Djokovic was stripped of the $250,000 he had already won in the Open, and also fined $10,000 for his behavior and an additional $7,500 for skipping his post-match media conference.

While his apology was written perfectly, it also was hiding in the security and distance of social media.

There was no controversy in the match involving the line judge. Djokovic had been cranky the entire match. He blew a chance to win the first set and then hurt his left shoulder. After seeing a trainer, he finished the next game trying to protect his shoulder by not swinging hard on his two-handed backhand.

That cost him another game. So he was walking to the net trailing 6-5 when he hit the ball backward.

Djokovic left Ashe Stadium, and then the tournament site, without apologizing. Later that evening he apologized on social media with a statement:

“This whole situation has left me really sad and empty. I checked on the lines person and the tournament told me that thank God she is feeling ok. I‘m extremely sorry to have caused her such stress. So unintended. So wrong. I’m not disclosing her name to respect her privacy. As for the disqualification, I need to go back within and work on my disappointment and turn this all into a lesson for my growth and evolution as a player and human being. I apologize to the @usopen tournament and everyone associated for my behavior.

“I’m very grateful to my team and family for being my rock support, and my fans for always being there with me. Thank you and I’m so sorry.’’

If only he could have said that to some human beings, or at least with a camera on him. It would have seemed so much more sincere, fully genuine.

He should have come out of hiding to do it. 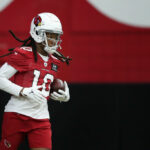 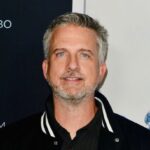