Chris Brown, a radio host and digital reporter for the Buffalo Bills, vanished from social media last Thursday. Tim Graham of The Athletic reports that Brown has been suspended from all their platforms and barred from covering practice at training camp. The reason? The team isn’t saying, but Graham connects the dots to a tweet about Dave Portnoy:

The Bills aren’t talking about Brown’s whereabouts, but he disappeared from practices last week after apparently violating the team’s media policy. Three days later, the longtime club employee vanished from “One Bills Live” — simulcast on WGR 550 and MSG Network — and social media without an announcement on where he went or when he will return. Brown’s total evaporation occurred Thursday, less than two hours after heralding Barstool Sports founder Dave Portnoy’s tweet about buying title sponsorship rights to the Bills’ stadium.

When I read that, I kind of thought the tweet would be cheerleading the bid, but it was pretty matter-of-fact:

Portnoy and Barstool knew very well that the NFL would never in a million years approve their bid on the naming rights, but the move to do so will continue to garner attention up till the moment the NFL rejects said bid.

We have reached out to the Bills to see if they have any comment on whether Brown was suspended for tweeting about Portnoy’s bid and will update if we hear back. 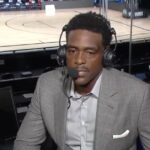 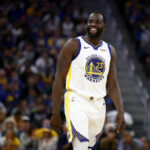