When Will Fuller V is healthy, he’s one of the top deep threats in the NFL. The Notre Dame product has developed incredible chemistry with quarterback Deshaun Watson since coming into the league back in 2016.

The Houston Texans (4-7) defeated the Detroit Lions (4-7) 41-25 during the NFL’s first Thanksgiving Day game on Thursday, and that quarterback-wide receiver combination played a major factor in the outcome.

Watson completed 17 of his 25 pass attempts (68 percent) for 318 yards and four touchdowns. Fuller was on the receiving end of six of those 17 completions, and he had over half of the total yardage (171) and two of the four scores.

That brings Fuller’s season totals to 53 catches for 879 yards and eight touchdowns.

The Watson-Fuller relationship isn’t new, but it has been inconsistent due to: 1) Fuller’s inability to stay healthy and 2) the presence of now former Texans wide receiver DeAndre Hopkins.

With Hopkins now in Arizona and Fuller staying healthy, Fuller is now Watson’s true No. 1 receiver. He still struggles to create separation with his routes, but his ability to win deep has been an effective element of Houston’s offense.

This is a team that started the season 0-4 and that then fired head coach/GM Bill O’Brien. They went 1-2 over the next three games, but have since turned things around to win three of the last four. The only loss was 10-7 against the Cleveland Browns a couple weeks ago.

Watson continues to be the main building block in Houston. His 24 touchdowns and only five interceptions is a bright spot, but he needs more options outside of Fuller to have more consistent success long-term.

Fans have to be happy with where things are heading though. 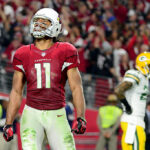 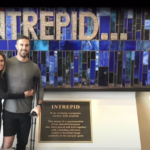