Deshaun Watson has signed a new four-year contract extension with the Houston Texans “worth a total of $177.54 million with nearly $111M in guarantees,” Adam Schefter’s reporting. The contract makes Watson the highest-paid player over that four-year period — for now.

“As a child growing up in Georgia, it was always my dream to play in the NFL,” Deshaun Watson said in a release addressing his new contract. “Today, I couldn’t be more honored and humbled to sign a long-term deal in Houston, the city that I’ve grown to love so much and now call my home.”

“I’m so grateful to my mom, who is and has always been my rock and showed me anything is possible. She instilled in me at an early age that no matter the circumstances and obstacles you must endure and keep going. Thank you to my brothers and sisters who have seen the worst times and the best times with me and never lost hope. My entire family, coaches, friends and mentors who have supported me along the way – I wouldn’t be here without you.

“Last, but certainly not least, thank you to the best fans in the NFL. I promise to do everything  I can to not only bring a championship to this great city but also leave a legacy of helping positively impact this community.”

Watson and the Texans open the NFL season Thursday night against Patrick Mahomes and his half-billion-dollar contract.

Texans’ QB Deshaun Watson will make $39 million per year in base salary, on average, over the next four years, making him the highest-paid player in the NFL during that time frame. 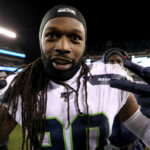 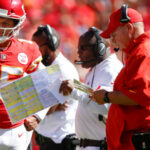