The big news from the Derek Jeter Hall of Fame induction had to be the revelation for many that the ‘Respect’ kid who tipped his ‘Re2pect’ cap in Jeter’s final game was none other than Jalen Jeter Martin, Derek’s nephew.

I’ll be honest, I didn’t pay attention to the news in 2014 and didn’t know Re2pect kid was part of the Jeter family. Even if I would’ve heard that tidbit about the September 24, 2014 game (2-for-5, 2B, 3 RBI, one run scored), it was definitely getting lost in my brain after nearly seven years.

Anyway, Jalen was there Wednesday, sitting in front of Michael Jordan, watching Uncle D take his spot in Cooperstown. If you’re wondering about the possibility of Jalen following in Uncle D’s footsteps, you need to know that scouting site PerfectGame.org already has a profile page for Jalen where we learn that he’s a 10-year-old Class of 2029 middle infielder who played for the DreamChasers Academy out of Brooklyn.

Derek Jeter's nephew, who tipped his cap to Jeter in his final game at Yankee Stadium, was front row for his uncle's Hall of Fame induction. ❤️ pic.twitter.com/TPlNy1iZ4r

That viral GiF with the respect hat was Jeter nephew .. 🤯🤯🤯🤯 pic.twitter.com/a3zbmQu0Qo 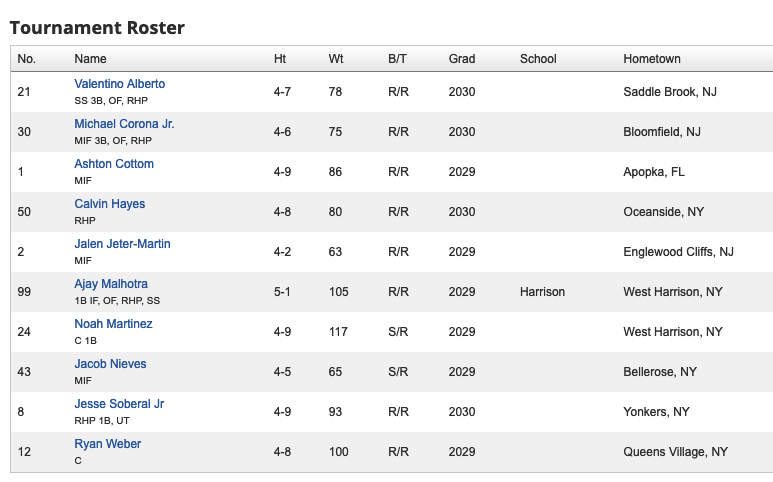