Former NBA player Delonte West was arrested Tuesday night after a drunken incident with Florida police that resulted in West spending the night in the Palm Beach County jail. West, who has struggled to get clean and went to rehab in 2020 thanks to the help of Mark Cuban, was yelling and banging on the doors at the Boynton Beach police station Tuesday night while holding open bottles of beer and vodka, TMZ reports.

The report further states that a police officer had to unholster his taser after West put his hands in his pants. The NBA vet, who played in 432 games, was arrested and put into a cruiser where he “continued to be belligerent,” cops stated.

West was released from jail at 5:46 a.m. Wednesday morning. 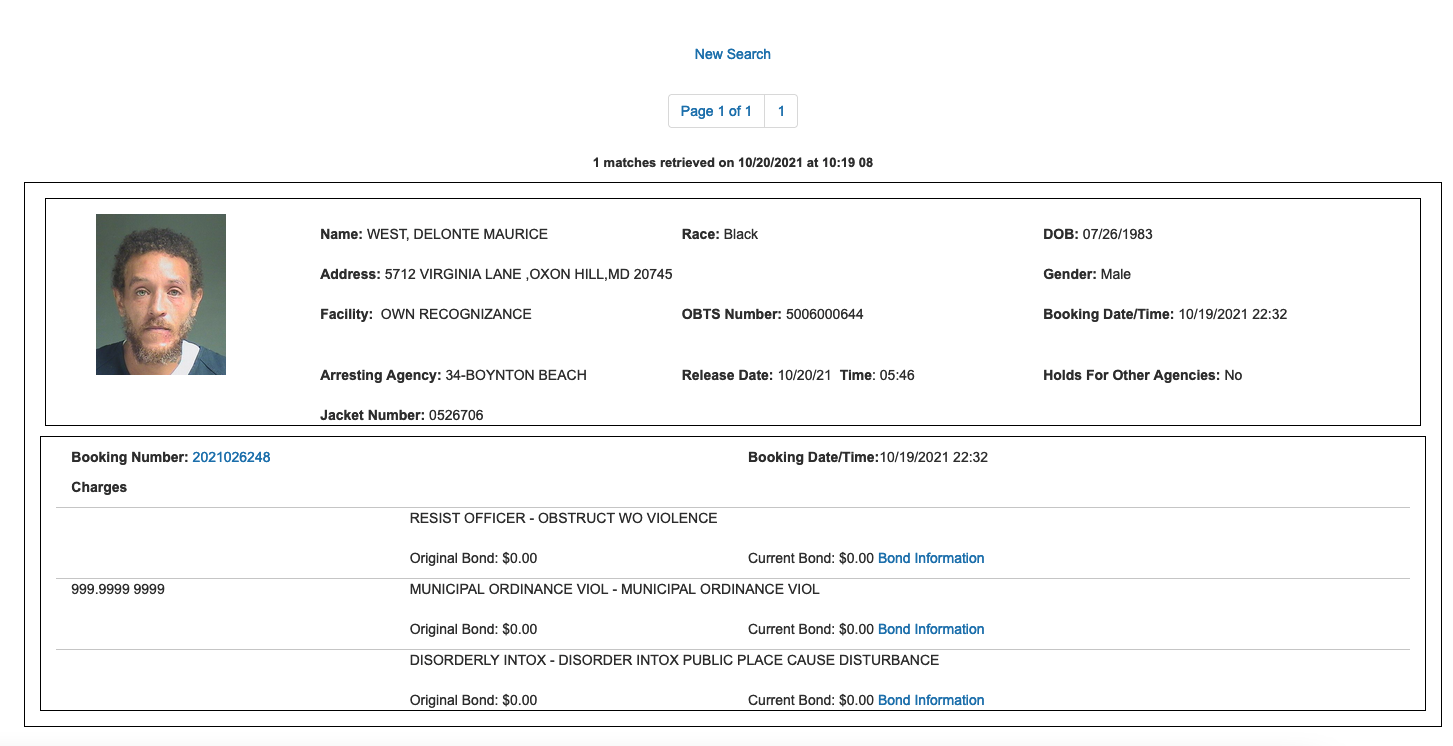 Tuesday’s incident comes after months and months of work by West, who has struggled with a bipolar disorder, to regain control of his life that left him walking the streets and being beaten up in a street fight. To his credit, Mark Cuban has stepped up to be the guy’s biggest cheerleader and went as far as pulling up and plucking West off the streets in 2020 to get him help.

Ladies & Gentlemen, I present to you, Delonte West . A long, long , long way to go, but he has taken the first steps and shared these with all of us as a thank you for the love and support. pic.twitter.com/555twAEVDP