NBC is moving the soap opera “Days of Our Lives” to the Peacock streaming service after 57 years on free broadcast television.

For perspective, “Days” has aired on NBC since Lyndon B. Johnson was president. From Johnson to Joe Biden spans over 14,000 episodes.

With “Days” leaving television, it leaves only three soaps airing on broadcast television: “The Young and the Restless” and “The Bold and the Beautiful” on CBS, and “General Hospital” on ABC.

The network believes it can maintain a base audience of around 1 million viewers in the daytime regardless of programming, and add new paying subscribers to Peacock at the same time.

NBC rival ABC has similar ambitions. ABC will debut the upcoming 31st season of “Dancing with the Stars” on the Disney+ streaming service after airing on the ABC broadcast network for 30 seasons.

The strategy, at both networks, is to compete and perhaps dethrone Netflix, all to the chagrin of viewers. 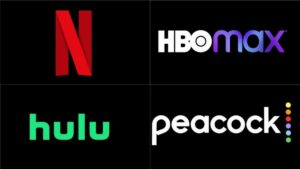 The public once saw streaming as a cheaper, more convenient alternative to television bundles on which they watch cable and broadcast. That’s no longer the perception.

A $15 Netflix subscription does not suffice. To consume the programming you did on television you need to purchase at least three, probably more, of the following services: Netflix, Hulu, Disney+, Peacock, HBO Max, Amazon Prime Video, Paramount+, and AppleTV+.

Add up the price of each to see how much you miss the cord or antenna.

The end result is a more fragmented marketplace. Even if moving “Days of Our Lives” to Peacock proves financially sound, the show will garner far fewer viewers.  The average viewer for the show is 49 years old, including a high percentage of viewers over 65. A chunk of this demographic doesn’t know what “a Peacock” is. And trust us when we say they have no interest in learning.

Ultimately, the streaming era will prove to be as much of an inconvenience to viewers as the networks that had to develop a new strategy.

That’s unfortunate to the housewives who may never know what happens next in Salem.