Using injury analysis to identify favorable lines, our top 5 actionable games posted a 4-1 record again. We have had the same record four out of the last five weeks, with Week 4 being the exception at 3-1-1.

The Steelers won and covered, despite a bad offensive pass interference call that nullified a late TD. That game did have more scoring than expected. The Jets continue to struggle, giving the Cardinals an easy win despite the East Coast travel and early start. Rams injuries played a bigger role than the travel or early start did, though they still took advantage of the interior of the Washington offensive line for eight sacks and an easy win and cover. The Giants should have beaten the Cowboys, but the cover was never in doubt. The Seahawks/Vikings over was the only loser, but it got close, even with a scoreless first half for Seattle. Taking an early line at 49.5 would have won the over, but the posted number was 57 at time of writing, so it counts as a loss.

Here are the biggest new injury concerns coming out of Sunday:

1. Dak Prescott – The Cowboys QB suffered a gruesome open ankle fracture dislocation. For those who are not squeamish, the video is worth a watch.

Prescott even slams his ankle into the turf to try to straighten it. The free injury website www.profootballdoc.com broke the news of the injury including the unstable nature of the fracture, the need for surgery and the open wound that tore through Prescott’s skin. Surgery done last night was deemed “successful.” This is not an Alex Smith-type situation (more on him below). Prescott’s season is done, but with a 6- to 9- month recovery timeline, he should be ready to go before Week 1 of 2021. He won’t be fully healthy by March, when Jerry Jones must make a decision on his contract. However, Prescott will be well enough to be franchise tagged or get a new deal done. This injury should not derail his career.

2. Baker Mayfield – By video of the hit and reaction thereafter, the Browns QB suffered a right throwing shoulder AC joint sprain, similar to Sam Darnold last week. Mayfield also returned to play, although his right arm looked like it was hanging several times. X-rays on his ribs came back negative. He still could have a rib injury, but that does not rule out the separated shoulder. I rely on my eyes and 17 years of NFL team physician experience and not sources or reports. The expectation is limited or no practice this week, but Mayfield should play in Week 6 versus their undefeated division rival, the Pittsburgh Steelers.

3. Dalvin Cook – The Vikings star running back suffered an adductor muscle groin strain in the third quarter, and we did not expect him to return. Cook did come back for one play action pass, where he limped and then spent the rest of the game on the sidelines. The MRI is pending, and I expect him to miss some time. The hope now is that he can avoid the three-week injured reserve list.

4. Diontae Johnson – The Steelers wideout hyperextended his back when tackled, and he did not return. Though the twist in his body looked ugly, I believe he is more hurt than injured. No question he was in pain and will be sore, but I still expect him to be ready to play the 4-1 division rival Browns next week.

5. A.J. Green – Some have recently questioned the production and effort of the Bengals wide receiver. Now he has a hamstring injury. His ankle from last year is healthy, but Green has not been the same guy. Who knows whether he struggles with the scheme, his age, or his frustration of having no contract? It is hard to judge hamstring severity by video, but I can tell you that waiting for a hammy to be 100% is risky. Hamstring assessments can be subjective, and Green could land on the IR.

6. D.J. Chark – The Jaguars wide receiver left early with an ankle injury, but there were no details and no video of injury. When the film comes out or other information is reported, we will provide more analysis. In the meantime, we can guess that the issues are minor since the injury didn’t show up on film.

7. Sammy Watkins – The Chiefs wideout left clutching his hamstring and limping. He did not return. Severity will be judged on MRI, but the over/under on his return is the three-week IR mark. It is 50/50 if he goes on the list.

8. There are three defensive linemen out for the season: Chandler Jones, D.J. Reader and Trysten Hill all need surgery. Jones suffered a right distal biceps tendon tear and has a small chance for late season return. Reader is done with a quad tendon rupture. Hill was infamously involved in the Chris Carson “gator roll,” but this time he was trying to hold up Daniel Jones and stepped awkwardly. Video analysis indicates an ACL tear. The club just says he has a serious knee sprain. Expect MRI to confirm this.

9. Kelechi Osemele – The new Chiefs right guard had his knees give out as he stumbled. We noted the season-ending right knee extensor tendon tear during the game, but apparently both sides were injured. Right tackle Derek Newton of the Texans famously tore both patella tendons in 2016, and it took him two years to return. Even when he did come back, he didn’t really stick. At age 31, Osemele will have a long, uphill battle to make it back to dominant form.

10. Alex Smith – Much discussion has focused on the triumphant return of Smith. Just give him the Comeback Player of the Year award now! As incredible as it is, he is physically a shell of himself due to muscle loss and nerve damage from the infection. His bone is healed and can withstand the hits, but there’s no way the old Smith can endure being sacked six times or throwing 2.2 yards per pass. Kyle Allen left for head evaluation and an arm injury. Allen was cleared to return, but he clearly must not be 100% or Washington head coach Ron Rivera would not have left Smith out there. Dwayne Haskins was not even at the stadium due to a stomach virus. Allen has already been named the starter for Week 6. As great a story as his return is, it is unlikely that Smith will remain number 2 on the depth chart.

For a rundown of the rest of the players around the league, listen to the ProFootballDoc podcast on Outkick or go to the free website www.profootballdoc.com. 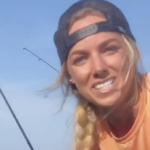 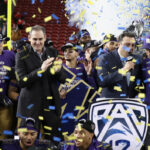