Injury Armageddon didn’t happen with a shortened training camp and without preseason games, but there certainly were a number of acclimation injuries including muscle strains, ACL tears and Achilles issues. The good news is it looked like good football.

The surprise result of the day was directly related to injuries and should not have surprised. We cited Sunday morning the Eagles’ offensive line injury problems with 3 out of 5 starters injured and the Washington pass rushers feasted with eight sacks, 15 QB hits and forced 3 turnovers. The Cowboys and Chargers were the other two O lines affected with health issues cited at www.profootballdoc.com and Dallas lost as the favorite while the Bolts won on a missed field goal but did not cover.

The Browns’ secondary also struggled as expected and the Ravens rolled easily. The Lions’ third CB hamstring injury opened the floodgates for Mitch Trubisky’s three fourth-quarter TD passes in a big Bears come- from-behind victory. The Jets’ linebacker shortage was made worse with a third injury in their game (Blake Cashman with a groin injury) and the Bills cruised easily.

Mike Evans (hamstring) was a decoy as we discussed, with only one garbage time catch for two yards but that made fantasy owners happy as it was for a TD. Despite the mixed reports, Mike Williams played as expected. The individual player injury projections seemed accurate for the most part.

Here are the top 10 injury issues from Sunday:

1. Marlon Mack looks to have torn his Achilles, which the Colts are expected to confirm today. His season is over with surgery with no chance to come back this season.

2. Blake Jarwin’s season has been ended by ACL tear. It will be announced as soon as the Cowboys get the obligatory MRI to confirm.

3. Leighton Vander Esch broke his collarbone and will have surgery and miss about six weeks for the Cowboys.

4. Lane Taylor will add to the right side of the O-line woes for the Packers, who rolled easily. Video indicates Taylor tore his ACL.

5. Drue Tranquill suffered a gruesome ankle fracture dislocation and will need surgery. The Chargers LB grabbed up higher by the knee as the fracture pattern likely spiraled up ther fibula higher. The only good n ews is the linebacker from Notre Dame should return to 100% form for next season.

6. Le’Veon Bell left with a hamstring injury. There were 40 listed going into Week 1 and the number only grew.

7. George Kittle had another knee scare very similar to last Halloween with a left knee hyperextension injury. He finished the game in second half but was limping and ineffective. He says he is fine but let’s hope there is no overnight swelling. Last year, this similar looking hit cost him several weeks even though he played on in the same game as well.

8. Michael Thomas had his ankle rolled up on late and left with what by video appears to be a mild high ankle sprain and should have a chance to play through next week.

9. Henry Ruggs was ineffective in the second half for the Raiders after what appeare d to be a mild knee MCL sprain.

10. Randy Bullock may have had the most interesting “injury” of all as he missed a game tying 31-yard FG. Post-game, he claimed his left calf “grabbed” at him during the plant phase of his kick.

Video after the bad miss showed he did immediately bend over and grab at both of his calves but then clearly held and focused on the calf of his right (kicking) leg. Was he injured? Was it a cramp? It is unusual to injury a calf on a kick and even more unusual for a kicker to cramp given that muscle cramping is usually reserved for overused, tired and dehydrated players. Kickers rarely even sweat except for the pressure of the situation. We will wait for more clarification on the injury and the side that was hurt.

Two more games tonight. Expect Ben Roethlisberger to be healthy after “Tommy John” like elbow surgery last season as he leads his Steelers versus the Giants. The Broncos may not have much of a pass rush against the Titans but expect #1 WR Courtland Sutton to play and do well after his pain killing injection and his coach has him do 10 jumping jacks.

Take advantage of the special free offer to Outkick readers and see the full interactive Field View and Injury Index for both Monday night games. 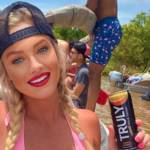 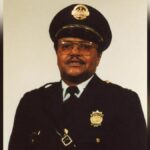