A splash was made this morning as the Penn State director of athletic medicine was reported to say 30-35% of COVID-19 positive Big Ten athletes had myocarditis.  The headline is certainly alarming and got a lot of clicks, but the reality is this is not news and is not accurate. And sure enough, as I penned this article, came the clarification/recant.

No Penn State athletes have myocarditis.

The high numbers of myocarditis quoted were “initial preliminary data verbally shared by a colleague” and “published at a lower rate”. The doctor added  “many cardiologists feel this is a finding that is incidental and may not warrant any further investigation or concern. And they’ll let somebody compete again”.

The doctor also clarified that the Big Ten has not even performed cardiac MRI on every athlete who tested positive, which further indicates that myocarditis is something to watch for but the need to dive deeper is not always warranted.

The NFL has had 171 cases of COVID and studied them all and have found no cases of myocarditis.

The devil is in the details. Sometimes research studies will cite myocarditis if there is any sign of inflammation of or around the heart. Whereas, the criteria may be more stringent to make the myocarditis diagnosis clinically on a patient.

We discussed the worries about myocarditis three weeks ago when the Big Ten postponed fall sports as we presented a hypothetical debate between a Big Ten doctor in favor of canceling and a SEC doctor comfortable with students playing. I agree, the worry is still there but the info reported today is not new and not factual. Yes, COVID-19 used to be considered primarily a respiratory virus but clearly it can affect the heart as well but to raise this alarm was not warranted.

I know the Penn State doctor and respect him. Like me, he is an orthopedic surgeon and in his role as team physician is qualified to opine, even if he is not a cardiologist. It surprised me that he would come out so strongly but now I see how his comments seem to have been taken out of context.

The word myocarditis tends to strike fear, but let’s simplify. Myo (muscle) card (heart) itis (inflamation) means any sort of inflammation of the heart muscle no matter how severe or how mild. Myocarditis is a known complication of the influenza virus as well and that is why doctors tell patients to not exercise when they have the flu and are febrile. There indeed is a small but unacceptable risk of sudden death due to arrythmia with severe myocarditis cases.

The doctor did point out that myocarditis “can be fatal if unchecked”. I agree. The point is that if you want football, colleges need to be willing/required to check their students for heart issues after a positive test. To ignore the issue would be malpractice.

No question any athlete with COVID should be evaluated for myocarditis. And any athlete with myocarditis should be excluded from practice or play until normal. Over 1,000 students have reported tested positive at the University of Alabama. How many of these students (presumably many average college kids exercise or play recreational sports) get cardiac MRIs? Certainly it is not the medical standard to do that but it should be for scholarship athletes. Fortunately, we have not seen a case of sudden death from COVID myocarditis yet and we don’t want to.

Although the attention-grabbing headline was taken out of context, the Big Ten doctor does put the cancellation of fall sports into perspective saying “we really just don’t know what to do with it right now”. This is the fear of the unknown. He is being honest in his assessment and I can respect the opinion. On the other hand, if we are following athletes with cardiac MRI before positives are cleared to return, that seems a responsible medical decision-making process. In the end, it is up to each player, parent, coach, AD, President and league to weigh the risks and decide.

The myocarditis is not new, his comments were taken out of context. A full discussion shows how more down the middle and reasonable the doctor is. His statements should not be used for one side or the other of the COVID argument. 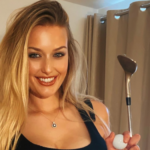