The NHL made its return today and sure enough, even in the CoronaVirus social distancing era, a fight breaks out in the first period of the first game.

Perhaps Ryan Strome of the New York Rangers and Justin Williams of the Carolina Hurricanes have pent up frustrations from being holed up in the team bubble. Or as many would say, it is just the game of hockey.

Although the NHL has taken the proactive effort to have a double bubble system in Toronto and Edmonton for the modified finish of the season, it has not banned the close social contact of fisticuffs. On the surface that seems strange but given the concept of viral load and how COVID is transmitted, fights are a lower than expected risk (but certainly haven’t been studied or quantified). Overall, hockey is a relatively safe sport on the ice. Even though it is indoors, the speed of the game and resultant air flow leads to reasonable on ice safety and a low opponent to opponent rate of spreading disease.

For me, the big concern for the NHL is that they have not modified the benches.

Players sit closely next to one another the same way they have before. Being within six feet for prolonged periods of time without masks is the main risk factor of disease spread. Given that there are no fans, it seems spreading out could be accomplished. If there is no social distancing on the bench which is in plain view, is there distancing in the locker room and team meetings out of public sight? The spread from even one positive player could be quick in these circumstances.

The great news is the NHL has had zero positive tests inside the bubbles. However, hockey should not have a false sense of security. A single Marlins like outbreak would be the pin that would burst that bubble.

It is interesting to note that Canada is allowing the close contact game of hockey but prevented the play of the relatively socially distanced play of baseball. This reinforces the ideal that the travel of the Blue Jays and their opponents without quarantine was the issue, not the game itself.

At least we have the NHL back — and boxing too. 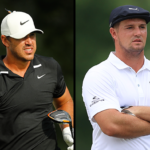 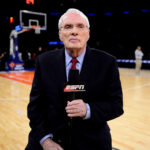