Here is what to look for as NFL Week 4 kicks off with tonight’s Jets-Broncos game.

It’s not exactly a marquee matchup but even with both teams with injury issues, it should be less of a “hot mess” (and hopefully more enjoyable) than the Presidential debate. There are some intriguing matchups and actionable info in the Thursday night game, where the injuries may not be factored into the line.

On the short week, the Jets don’t have to travel and are getting a little healthier while the Broncos who were already injured get a little worse. The FanDuel Sportsbook early line four days ago listed the Jets as a +3 underdog and now that is flipped where the hometown Jets are favored -1.5. Using the special Outkick free link readers could have known about this earlier and locked in the early line.

Use the Broncos vs. Jets Field View and Injury Index to see that although both teams have injuries, the Jets are the ones headed in the right direction. Use the hover feature and flip to other side of the ball in the interactive link.

Even without Le’Veon Bell, from an injury perspective, the Jets project to be able to run the ball with a relatively healthy offensive line versus a banged up Broncos front seven where half the players are injured. New York certainly has its wide receiver issues but Jamison Crowder is expected to play. Meanwhile, Denver has issues on both sides of the ball as arguably the top three players on each side of the ball are injured. Every level of the Broncos defense is affected with DE Jurrell Casey (biceps), Von Miller (ankle), A.J. Bouye (shoulder) all on IR for this week. The Broncos top three offensive players are missing with QB Drew Lock (shoulder), WR Courtland Sutton (knee/IR) and RT Ju’Wuan James (opt out). 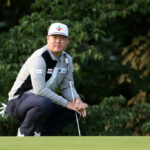 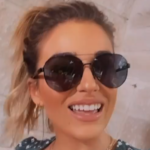