Week 2 was one of the more brutal Sundays in recent memory. Certainly, there was a 45-minute stretch of mayhem during the early slate of 10 games where it literally was injury on top of injury. This is after a relatively quiet Week 1 by comparison.

Here are the top 10 injury concerns from this Sunday. Of course, there are many more other injuries to discuss but we will reserve that for the ProFootballDoc Podcast available thru Outkick.

For details, updates and analysis on these and other players, Listen to the ProFootballDoc podcast on Outkick or use this special free link  for Outkick readers to check out www.profootballdoc.com. 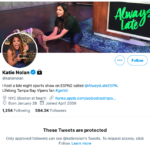 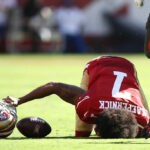