Player injuries are a big topic of conversation this week. Our Tuesday declaration that despite the head coaches words of support for Tyrod Taylor as the starter, Justin Herbert would be the Chargers QB for Week 3 and that has since been confirmed. Here is a list of the top ten uncertainties on key players.

1. George Kittle – The 49ers tight end always wants to play. He traveled to meet the team at Greenbriar in West Virginia where they are staying during their two-week road trip to play both New York teams. Last year’s similar left knee bone bruise brought a two and a half week absence.. With the hyperextension (and mild MCL) not as bad this year, there is a chance Kittle talks the team into letting him play this week but look for the team to be careful and limit him even if he suits up.

2. Chris Godwin – We knew early he would not be cleared to play for Week 2 but things look good for Week 3. Barring an unexpected setback, Godwin will be cleared from his concussion and play this week. It will be the first time all season to have a healthy WR tandem with Mike Evans.

3. Davante Adams – The Packers star wideout left the game early with a hamstring issue in Week 2 but it was attributed to caution and the Packers beign up by 20 points in the second half. Now, Adams has two straight DNP (did not practice) and things are cloudy. We need to wait and see but unless there is a big turn of events, I anticpate the Packers will continue to exercise caution to not turn this into a multi-week absence.

4. Josh Jacobs – The Raiders running back had 30 touches in the Las Vegas home debut. He was seen having his hip stretched and worked on during the game but now has two straigh DNP. There are no other details and video did not give us a clue. Barring a turn of events where he practices in full today, fantasy owners should prepare for other options.

5. A.J. Brown – The Titans wide receiver has yet to practice after his knee  and missed injury last week’s game. Typically, bone bruises are multi-week absences. Until Brown logs some practice time, he needs to remain on your fantasy bench.

6. JuJu Smith-Schuster – The Steelers WR has logged two stright DNP, yet on social media vows to play against the Texans this week. He has dealt with and played thru knee injuries in the past. Assuming he is active, I would trust him to produce.

7. Michael Thomas – The Saints wide receiver missed the last game with a high ankle sprain. He was DNP for the anticipated practice on Wednesday (no actual practice due to Monday night game) but also DNP for the first real practice of the week. I have him as doubtful last week, questionable this week and probably next week. Thus even if he plays, he would be less than 100% so make your plans accordingly.

8. Hunter Henry – The Chargers star missed the first practice with and ankle issue but that just seems to be early week rest. Henry has returned to practice and will play. Tight end can be a rookie QB’s best friend. It seems if you own Henry, you have to start him.

9. Jack Doyle – The Colts tight end missed Week 2 with knee and ankle issues. The ankle designation has disappeared and with just the knee has returned to limited practice. He is trending to play and everyone knows Philip Rivers loves his tight ends with his history with future Hall of Famer Antonio Gates and then Hunter Henry.

10. Julio Jones – The Falcons stud finished the game versus the Cowboys but was clearly struggling with his hamstring and seen constantly having it worked on. He has two straight DNP and that would worry me for most other receivers but not as much here. Jones is such a big and strong pass catcher that he does not rely on separation. Also, he has a history of playing thru injury and his team at 0-2 needs him desperately. Unless your lineup is stacked at WR, I think it is hard to go away from him.

Bonus: The Rams running back situation involves two injured players. Malcolm Brown (pinky surgery), will play with splint and buddy tape whereas Cam Akers is unlikely to with rib cartilage issues. He could get a pregame rib block injection to play but that seems unlikely given the events with the Chargers QB on Sunday. 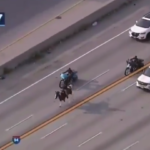 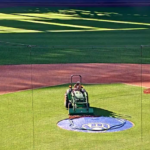