Thursday’s predictions have worked out perfectly so far, including the COVID thoughts. So far, Patrick Mahomes remains COVID free, despite a post-game hug with Stephon Gilmore. The Broncos-Patriots game was moved to Monday, as expected. And the Bills at the Titans remains tenuous at best, tentatively moved to Tuesday as long as there are no more positives, which seems like long odds. Most importantly, yesterday’s injury analysis proved true, as the Bears covered and actually won outright. The under was easy money.

Week 5 was always going to be the time when the Chargers would have to decide if their QB would lose his starting job to injury. I get that there are unusual circumstances in this case. The team doctor inflicted lung damage to Tyrod Taylor, which is unfortunate for the young man and embarrassing for the franchise. But jobs are lost to injury all the time. Consider some of the most famous QB examples. Tom Brady only got a chance to play because Drew Bledsoe suffered a collapsed lung on a sideline hit, and the Patriots never looked back. I was on the field when the Rams lost starter Trent Green to an ACL tear that lead to the rise of Kurt Warner. Back in San Francisco, Alex Smith self-reported a concussion and then lost his job to Colin Kaepernick. All three of these situations highlight starting signal callers losing their jobs to injury. Maybe Justin Herbert will lead the Chargers to the Super Bowl, as all three of these QBs did after taking over due to injury.

Hopefully the weekend will play out to form as well as Week 5 has so far. Here are our top 10 fantasy health issues and unknowns (as of 6 a.m. ET Friday):

1. Lamar Jackson – The reigning league MVP missed two straight practices with knee and illness, but I have confidence he will be fine to start and play. By video, the knee injury happened on his second-to-last play before giving way to his backup due to a lopsided score against Washington. He lands on a flexed left knee and likely has a knee contusion with prepatellar bursitis, which is not a structural injury. His illness was identified as a stomach condition, so no worries on COVID here.

2. Cam Newton – The Patriots QB now has an extra day to clear the COVID protocol, as the game vs the Broncos has moved to Monday. Being reportedly asymptomatic gives him a chance to play, but he would have to test negative several times. It is not impossible, but it is unlikely he plays this week. The pattern of others who have tested positive later in the week is that 2 games are missed.

3. Jimmy Garoppolo – The 49ers QB was limited in practice so far this week, after a low-grade high ankle sprain several weeks ago. This was always the week I targeted for his return, and I still believe he is set to start and play vs the Dolphins. The beat-up San Francisco team turns the corner towards better health this week.

4. Julio Jones – The Falcons WR tried heroically to play through a hamstring strain to help his winless team, but he didn’t come back for the second half. After reaggravating the injury and two straight DNP, there is little doubt that he will now miss at least the Week 5 contest.

5. Michael Thomas – The Saints WR has missed the last three weeks and was listed as limited for the Monday contest. This creates consternation for fantasy owners who need to decide early on whether to play him. I believe he could have and would have played last week with his mild high ankle sprain, but the team didn’t want to risk aggravation. Thomas is all but a lock to play this week, and if he were on my team, I would have confidence to play him versus the Chargers.

6. A.J. Brown – Notwithstanding their improper player practices and workouts, the Titans aren’t even allowed to practice together, but injury report estimates on practice are still required. Brown was listed as limited in the Titans’ theoretical session. I think he needs one more week before he returns from a knee bone bruise. With the game on Tuesday, it is risky to hold a spot for him, lest one be left without fantasy options. Another risk is that one more positive test for the Titans, and the Bills game might be moved or forfeited. Most fantasy leagues treat a forfeit like another bye. Caution here and keep away for fantasy owners and DFS players.

7. Juju Smith-Schuster – The Steelers WR returned to full practice Thursday after missing Wednesday and should be OK to play this week. It is not unusual to get a rest day, but since the game vs Titans was rescheduled and he had what amounts to an additional bye week to recover, missing practices should raise some eyebrows. I have confidence he will be fine, but keep an eye on the final game status report today.

8. Adam Thielen – The Vikings top WR started the week with limited practice due to a shoulder issue but has returned to full practice. In reviewing film, I believe any injury to be mild and the shoulder injury should not slow him down this Sunday night vs the Seahawks.

9. DeSean Jackson – The Eagles wideout was listed as limited with his hamstring issue for the first two days of practice. I believe he will miss this week’s contest vs the Steelers. Hard to imagine a small, speedy WR who relies on separation to play effectively through a hamstring strain unless closer to 100%.

10. Mark Andrews – The Ravens tight end was a surprise pop up on the Thursday injury report, since he was not listed on it on Wednesday. This implies his thigh issue was suffered in practice. There is no video, and the extent of any thigh muscle injury is pure speculation. This is where the final Friday injury report and game designation will be key.

Outkick readers should take advantage of the free sign-up at www.profootballdoc.com to see updates on Andrews as well as information on all other players including Noah Fant (ankle), Calvin Ridley (ankle, now knee/thigh), Kareem Hunt (groin), Raheem Mostert (knee) and more by using the player search feature. 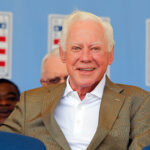 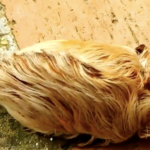