Dodgers manager Dave Roberts was asked about the addition of star outfielder Mookie Betts and how Betts might be affecting the rest of his team. His response not only shows that trading superstars away to save money is a bad idea but also that stars are more valuable than we ever imagined.

“We got a steal,” Roberts said. “I’m just so grateful that the deal was done because it’s not just going to help us this year…It’s going to impact players not even drafted by the Dodgers yet.

The Red Sox sent Betts packing, and the Dodgers scooped him up. In LA, Betts has dominated in his own right, and according to Roberts, he will continue to impact prospects for years to come. That makes Betts worth every penny of his 12-year, $365 million contract with the Dodgers, and the Red Sox were foolish to give him up.

The Indians are the latest team that doesn’t want to pay their star, shortstop Francisco Lindor, and that should send teams flocking for his services. The New York Mets have an opportunity with new ownership to get a deal for Lindor done.

When Steve Cohen arrived in Queens, everyone assumed that he was there to become the George Steinbrenner of the Mets. Cohen has a chance to prove them right. He can defy the Mets’ little brother status in New York and add the most recognizable shortstop in the game to their roster. Lindor is a career .285 hitter that averages 30+ homers a year. He’s also a premier shortstop, the most coveted position in today’s game.

A guy who dominates on offense and defense and brings the best out of his teammates is worth all the dough that New York could throw at him. They should consider it a bargain. His talent in the major market of New York and his infectious smile suggest that he’s a Betts in the making. The Dodgers have invested in Betts. The Mets should invest in Lindor.

Can the Mets get it done?

Of course they can. Every team in the big leagues today can afford to invest in a star nearing free agency. Still, Lindor isn’t available just yet. He is currently considered an “impending free agent” because Cleveland hasn’t yet decided whether to pony up for their star shortstop and lock him into a contract next winter. Lindor can demand a baseline of $300-400 million.

It’s certainly risky to invest that type of money into any player, but the Mets are in a position to do it. Lindor’s asking price next winter means that the Cleveland Indians likely won’t play hardball in negotiations. They really can’t afford to pay him, but the Mets can.

Red Sox owner John Henry thought he was a genius to reset his own luxury tax and send Betts and his contract demands off to L.A. However, Henry not only lost Betts on the field, but he also robbed the rest of his roster of the opportunity to benefit from Betts’ skillset. He inadvertently made the other players around Betts worse off. The Indians are about to make the same mistake with Lindor, and the Mets should take advantage of it.

Lindor’s smile and play on both sides of the ball will put butts in the seats whenever fans can actually return. He’ll also find ways to bring better play from the other 39 guys on the Mets roster.

Steve Cohen has an opportunity to reel in a generational talent at a premier position.

Francisco Lindor can impact the Mets right away, and Cohen should make a play for him. It’s what George Steinbrenner would have done. 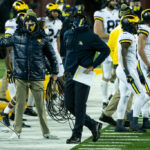 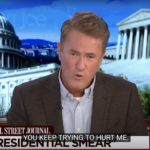