It isn’t hard to figure out what Los Angeles Dodgers manager Dave Roberts was thinking Wednesday night when he single-handedly blew Game 2 of the World Series. What’s hard to understand is WHY he was thinking at all.

Sports can be pretty simple really. And they keep getting simpler. If you have your foot on your opponent’s throat, you do one thing: step. Also, if you bring the biggest gun, don’t get into a knife fight.

Roberts out-thought himself, and the Dodgers lost to the Tampa Bay Rays 6-4 to even the series at one-game apiece. The Dodgers are a much better team than the Rays, and they aren’t going to lose this World Series unless Roberts keeps his thinking cap on.

Roberts had his best pitcher, Walker Buehler, rested and ready to go. But instead, he did what the small-market, little-engine-that-could Rays do out of necessity at times because they don’t have the money to fill a roster with stars. He used a combo of pitchers a few batters at a time to try to get through an entire game. He did that presumably to get Buehler extra rest. Maybe he thought he could sneak out a 2-0 series lead and be in position to all-but put the Series away in Game 3.

This is not that hard.

But really, the bigger issue is why he made any decision at all. Baseball, much like basketball, has become incredibly dumbed-down. The game is boring. It’s not just baseball either. Excessive analytics are either ruining sports or, more likely, exposing them.

“Our competition committee is studying, giving a lot of consideration. . . ‘’ MLB commissioner Rob Manfred told FOX in a pre-game interview. We “need more action in the game.’’

In the NBA, the whole game is now down to running to the corners, standing behind the three-point line and waiting for someone to throw you the ball. Analytics apparently say that’s the only shot worth taking.

In baseball, the number geeks have reduced things to waiting for home runs. That’s it. No strategy necessary. It’s all or nothing.

This is a big part of why the World Series got record-low TV ratings in Game 1, with fewer than 10 million people watching. Most sports ratings are suffering now for all sorts of reasons, during a pandemic on a screwed up schedule with players spending too much time pushing social justice messages. The NBA couldn’t even draw an audience despite having LeBron James, who apparently isn’t the golden ticket afterall.

But a dumbed-down, boring style of play is a big issue. I wrote about it for OutKick recently, with former NBA coach Doug Collins saying that “most every team plays the same way now.’’ He also said the NBA is like a video game. “When you watch the game it’s a 3, a layup or a free throw.

“If you watch a baseball game today, you see how many times a ball isn’t put into play. You walk, strike out or hit a home run now and that’s it.’’

Coming into Game 2, the Rays had scored 72 percent of their postseason runs on home runs. In baseball, they don’t take chances anymore with stolen bases, sacrifice bunts, stuff like that.

Baseball is so short on action that social media was buzzing after Game 1 because Dodgers’ Mookie Betts actually stole two bases in the same inning.

On Tuesday, Tampa’s Brandon Lowe hit two homers, the second of which gave Tampa a 5-0 lead.

Meanwhile, Roberts took starting pitcher Tony Gonsolin out of the game after just four outs. He then used four pitchers in the first five innings.

Too much thinking. If the Dodgers want to take advantage of their dominant roster and win their first World Series since 1988 — a different era, when manager Tommy LaSorda was going on hunches — their fans can hope Roberts is thinking up a new strategy now.

Or better yet, that he’s not. 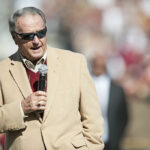 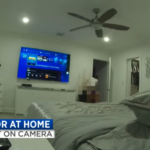