Newly-hired Philadelphia 76ers president Daryl Morey is reportedly eyeing a trade to land James Harden. A deal for the former MVP would be massive, but how likely is it? Early indication is that Houston hasn’t nibbled at Morey’s bait for Harden yet. Could that change? Let’s discuss.

Sixers are “expected to be interested in and pursue” James Harden, per @ShamsCharania

As of right now, Rockets are not looking to trade the Beard pic.twitter.com/ItevukGNAS

Daryl Morey is a creative genius that should never be doubted when it comes to the trade market. His track record alone demonstrates an aggressiveness that most GMs don’t have. That’s why a James Harden deal isn’t far fetched. Everything’s for sale at the right price. Finessing a deal for the Beard is no exception to that rule.

But why would the Rockets be willing to deal James Harden? What’s in for them? Well, they would have an opportunity to move a 31-year-old star in exchange for assets that help them compete for the next decade. For now, the Rockets look stuck as a “good team,” but not great. That’s been the case since Harden arrived. They may be looking to make a change.

Ben Simmons is likely on the way to Houston if a deal is made, but don’t count out a three-team trade. Morey executed 77 trades in his 13 seasons as a general manager in the NBA. That means that he obviously embraces the trade market and has a creative mind.

Just a year ago, he traded to bring Russell Westbrook to Houston. At the time, he claimed that Westbrook increased the Rockets’ championship odds by 30% when paired with James Harden. Morey could now make his 78th career trade and pair Harden with Joel Embiid, who looked like the best player on the floor in the All-Star Game last year.

A hypothetical deal for James Harden would likely haul in much more than one of Philly’s big two. A boatload of first-round picks would probably come included, and that should the pique the interest of any team in the NBA, even the win-now Houston Rockets.

The Sixers trying to trade for James Harden on Election Day pic.twitter.com/aAOnn3b09B

James Harden’s style of play could cause concern for Philly fans, as the late Kobe Bryant mentioned iso-ball “had to change if you want to win.” Harden loves to play some iso-ball, which Chris Paul soon discovered before being traded to Oklahoma City.

Here we stand today with Morey on the throne in Philadelphia looking to throw the keys to James Harden again. We’ll see if the Sixers can get the Rockets to bite at the idea. No matter what, it’s going to be a massive offer. 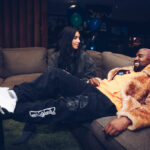 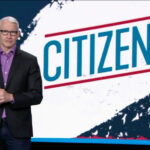