Danuel House of the Houston Rockets has been expelled from the Orlando bubble after the NBA determined he had an unauthorized guest in his hotel room. The NBA announced (via ESPN’s Tim Bontemps): 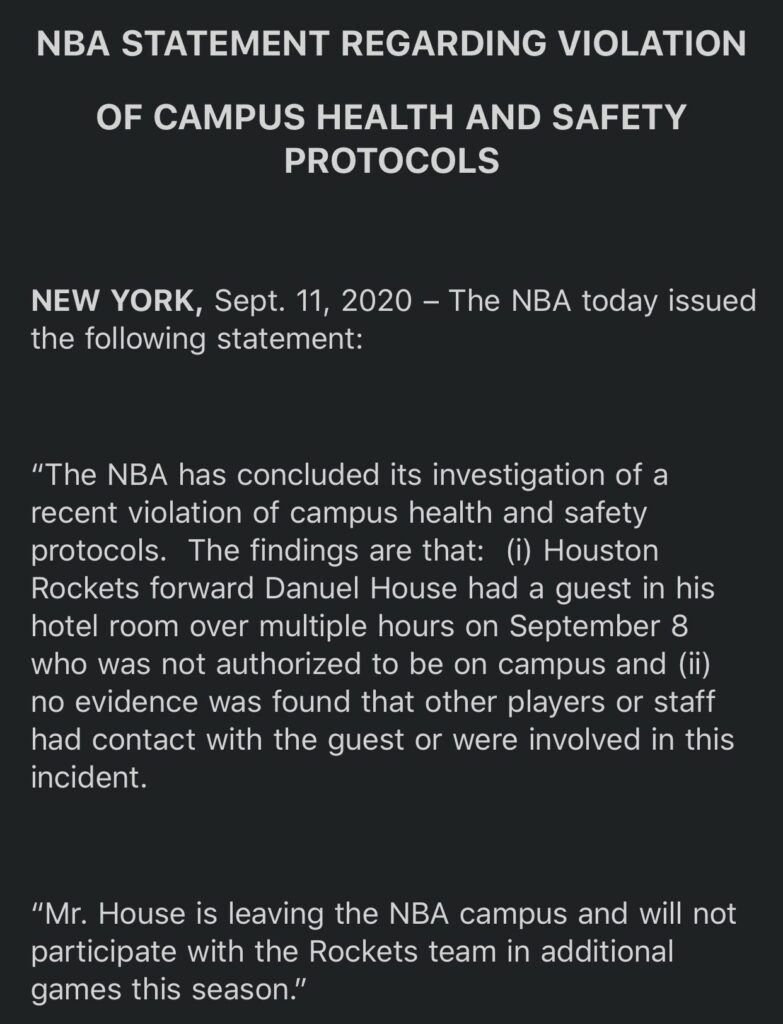 Earlier this week, Chris Haynes of Yahoo Sports reported that House was being investigated for allegedly inviting a female Covid-19 tester into his hotel room.

House played 20 minutes for the Rockets in Game 1 of their current series against the Lakers, and 27 minutes in Game 2. His presence in the rotation has been missed, and the Lakers currently lead the series 3-1.